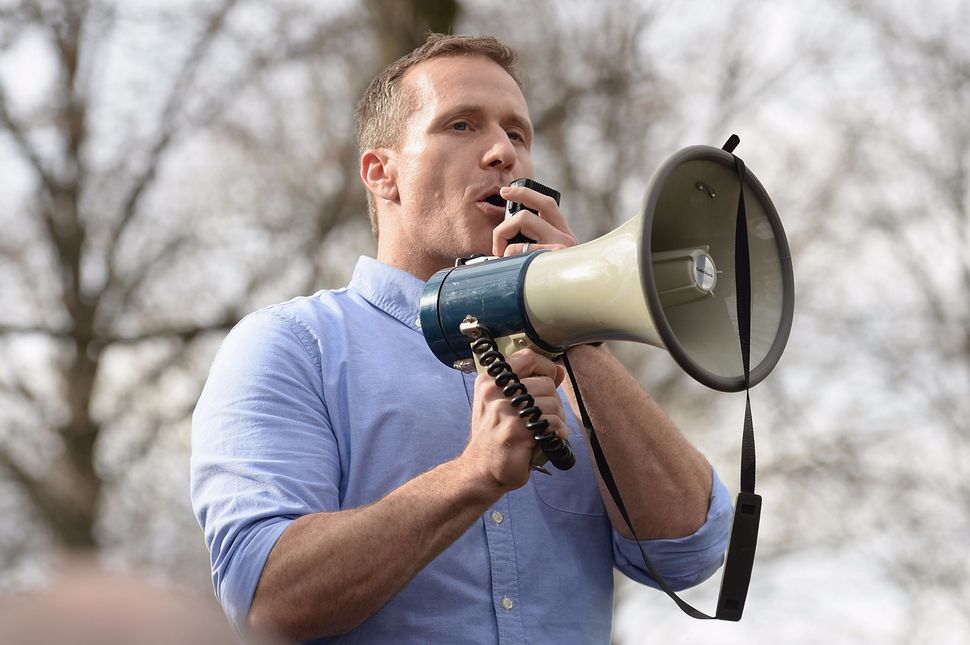 Missouri Gov. Eric Greitens addresses the crowd at Chesed Shel Emeth Cemetery, where he and Vice President Mike Pence were on hand to help clean it up after anti-Semitic vandalism. Image by Michael Thomas/Getty Images

WASHINGTON (JTA) — Eric Greitens, the Republican governor of Missouri who for months has faced the threat of impeachment in part because of charges stemming from a sex scandal, has quit.

“Let’s walk off the battlefield with our heads held high,” Greitens, 44, said Tuesday evening in a livestreamed announcement.

He maintained his insistence that he was the victim of a vague conspiracy to oust him, although state Republicans have joined in calls for him to step down.

“This ordeal has been designed to cause an incredible amount of strain on my family,” he said. “It is clear that for the forces who oppose us there is no end in sight”

Greitens, the state’s first Jewish governor, is a former Navy SEAL and was before the scandals considering a presidential run. He was for two years in a row a featured speaker at the Republican Jewish Coalition’s annual Las Vegas conference.

Prosecutors earlier this month dropped a charge stemming from an extramarital affair that he photographed a partially nude woman without her consent, but he still faces charges that he illegally created a political donor list from a separate veterans charity that he founded.