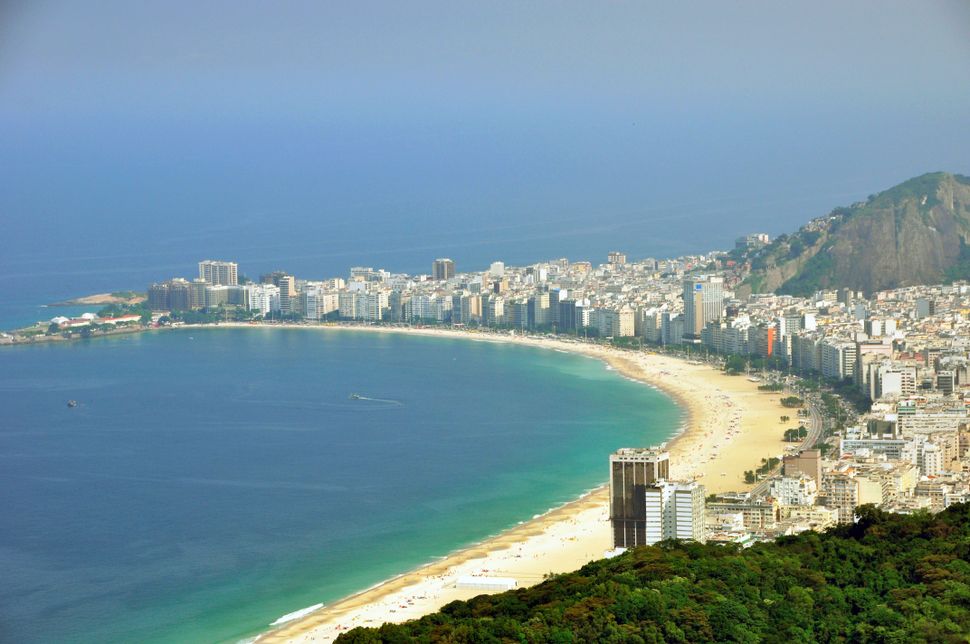 RIO DE JANEIRO (JTA) — A Jewish ritual object that initially was believed to be a Torah scroll was seized from criminals during a police raid of a Rio slum.

Jewish representatives were called Monday to identify the object, which was determined to be a sefer Haftarah, or readings from the books of the prophets that go with each section of the Torah and is read on Shabbat following the Torah reading. It was found last Friday at a drug dealer’s bunker in the Parada de Lucas shantytown in the midst of an abundant amount of ammunition “that could shoot down a helicopter,” reported Extra newspaper.

“This is not a Torah. We have found the signature of a Rabbi David Basri, a great Sephardi spiritual leader of the Sucat David community in Jerusalem. Usually this type of sefer was given in as a gift to large community donors,” said Rabbi Mendy Aboutboul, of the Edmond J. Safra Ipanema synagogue.

The sefer Haftarah was found among some 1,000 bullets — including 350 powerful 30-caliber ones — at a basement hidden under a secret passageway between two shacks revealed when some 20 police officers raided the slum in an armored tank.

“Taking into consideration the religious content of the object seized during the raid, it will be sent to specialists for a descriptive criminal investigation with the proper care that a holy book deserves, and then it will be returned to the Jewish community to keep in its custody,” said Rachel Glatt, legal representative of the Rio Jewish federation.

Rio is home to some 30,000 Jews, who experience one of the world’s highest urban violence rates, under a continuous risk of death due to stray bullets from both criminals and police.

In 2017, Brazil saw a record-high in the number of immigrants to Israel since 1948. Most of the nearly 700 people left Latin America’s largest country behind seeking better quality of life and peace.