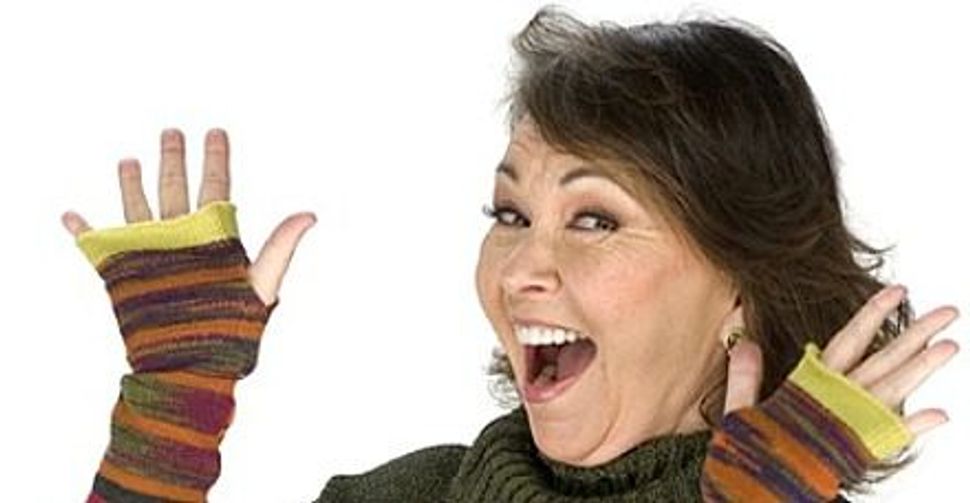 Following Tuesday’s cancellation of her ABC sitcom, Roseanne Barr returned to Twitter— and made sure everyone knew she is a Jew.

“I’m a Jew, bigot,” Barr tweeted on Wednesday morning, adding that she was “making fun of Hitler.” The actress was responding to a tweet which called her out for a previous tweet in which she compared George Soros, a Jewish billionaire investor frequently cited in conspiracy theories, to a Nazi who turned in Jews and stole their money. 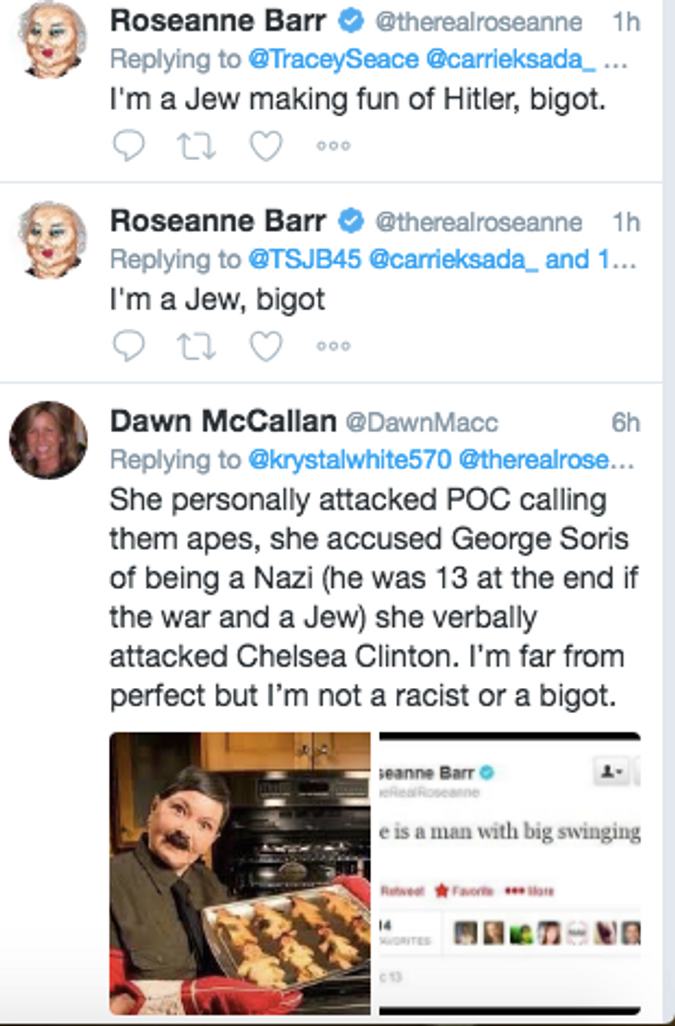 She also received backlash for a racist tweet, saying that Obama-era White House adviser Valerie Jarrett, who is African-American, was descended from apes. Following outrage, the 65-year-old actress said she quit Twitter, but she quickly came back.