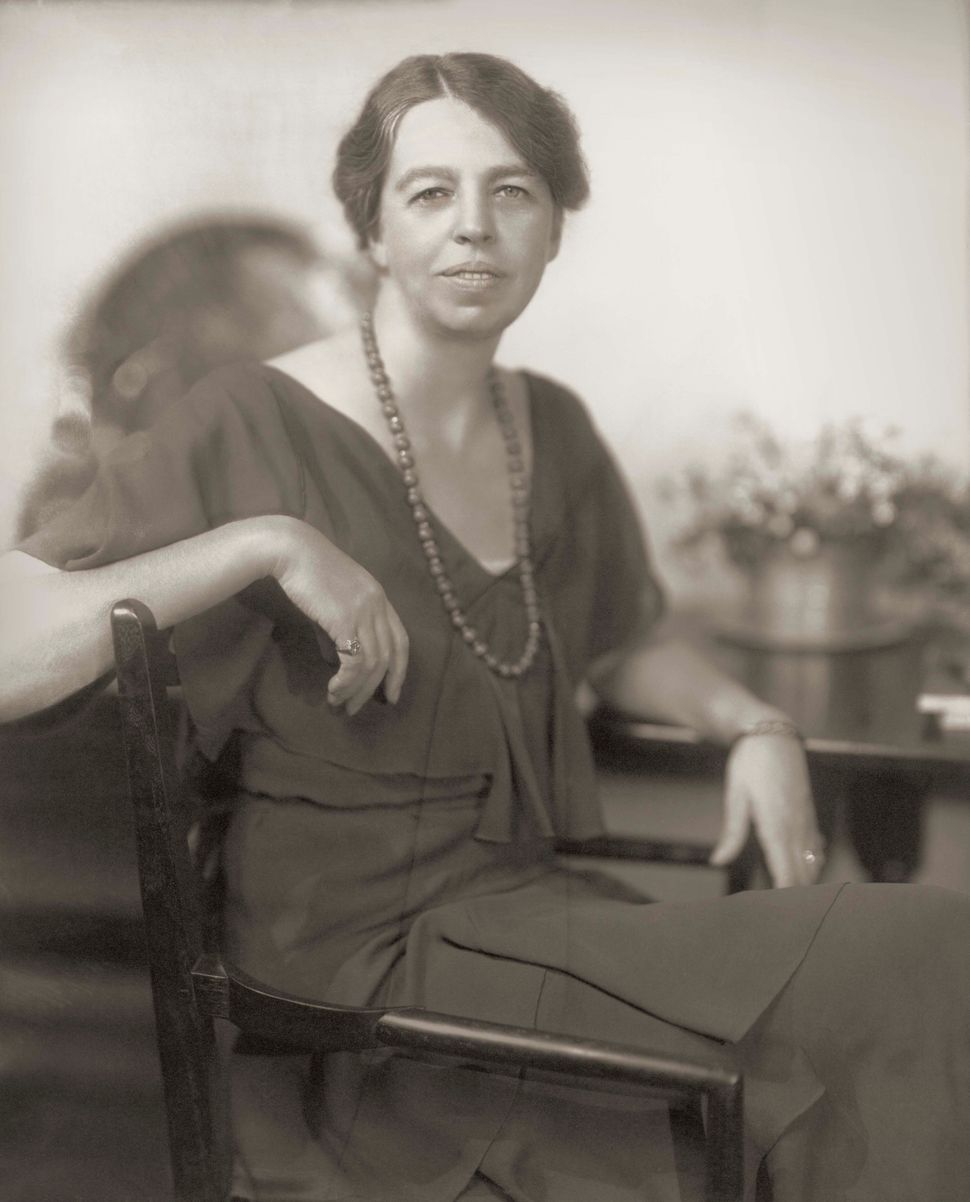 (JTA) — A 1957 letter written by Eleanor Roosevelt in which the former first lady vigorously defends Israel’s actions during the Suez Crisis is being auctioned off.

Nate D. Sanders Auctions in Los Angeles will start the bidding on Thursday at $22,500.

The letter, written on her personal “Mrs. Franklin D. Roosevelt” letterhead, responds directly to criticism of her newspaper column “My Day,” in which she defends Israel’s actions in the 1956 crisis. It is addressed to Tom Dietrich of Brooklyn.

Roosevelt wrote: “If you follow step by step in the UN and understand the difficulties, you will realize that Israel was not an aggressor. The Charter of the UN allows self defense and Israel’s case was purely one of self defense. / I do not agree with you about the establishment of the state of Israel. The Israelis have a right to their land and I think it is nonsense to suppose that they plan to plunge us into a war. They want peace as much, if not more, than other nations. / We lead in the United Nations, so it would not be a case of our falling for any plot.”

The auction catalog calls the two-page letter an “exceptional letter, with rare content by the First Lady showing her commitment and refusal to equivocate on the state of Israel.”