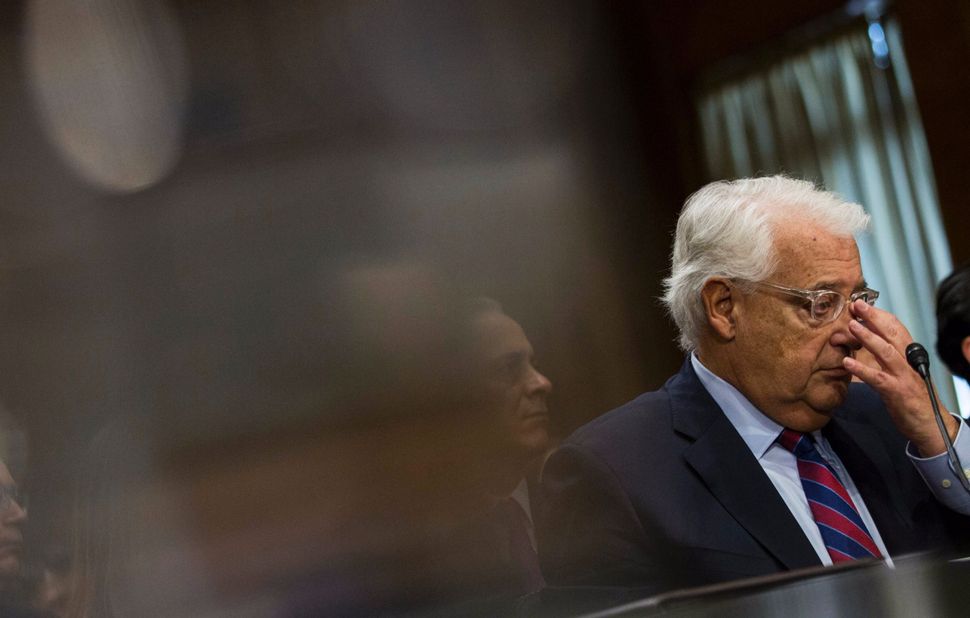 According to the Associated Press, the move may be seen as a downgrade in the autonomy of the U.S. Consulate General in Jerusalem, which is responsible for relations with the Palestinians. And this could have potentially significant policy implications.

The Trump administration’s relations with the leadership of the Palestinian Authority under Mahmoud Abbas has worsened following the United States’ recognition of Jerusalem as Israel’s capital in December, and the moving of the US embassy there last month.

“(Democrats) have not been able to create support within their constituency for Israel at the same levels that the Republicans have,” he told the Times of Israel Thursday.

“Ambassador Friedman must remember that he is not the head of the Republican National Committee or the Republican Jewish Coalition political organization,” Klein said. “He (represents) all Americans in Israel — not just those of one party, or those who share his political views.”