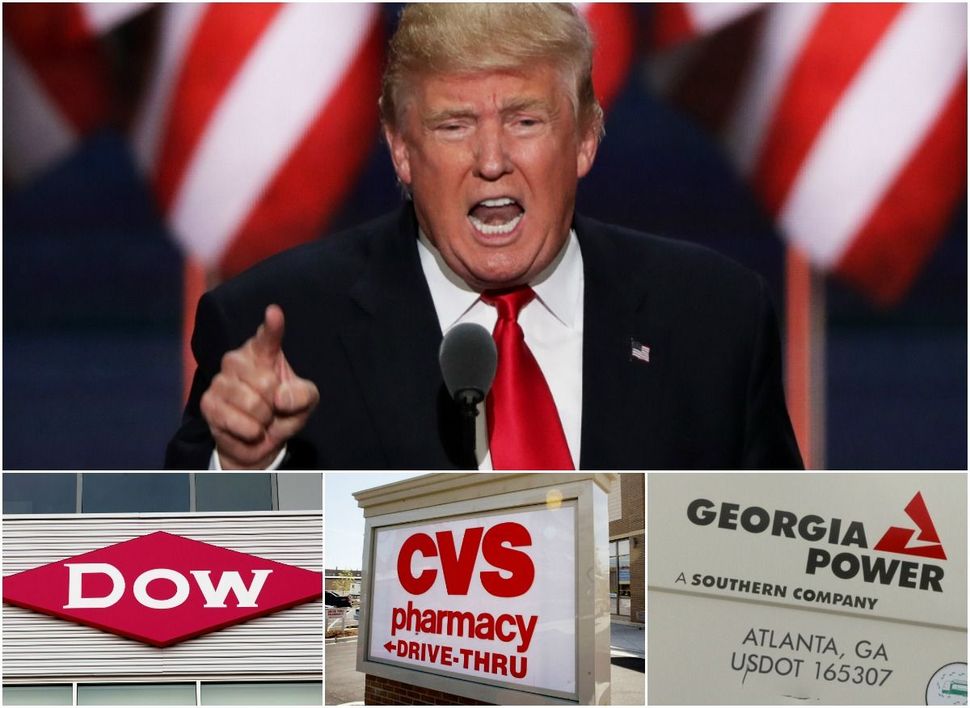 Three Fortune 500 companies have donated money to a pro-Trump dark money group whose staffers have been reported as making anti-Semitic, racist and homophobic remarks, Maplight reported.

America First Policies is a not-for-profit run by former Trump campaign officials. So far, it has received $1 million from Southern Company, a major energy conglomerate, $500,000 from CVS Health and $100,000 from Dow Chemical. The group raised $26 million total last year, and will not be forced to disclose the source of its funding until it files its first tax return, in November.

The group has been criticized in the past for having employees who have made blatantly anti-Semitic and racist remarks.

In May, Mediaite published a video showing Juan Pablo Andrade, a policy adviser for America First, going on a rant about Jews.

“The only thing the Nazis didn’t get right is they didn’t keep fucking going!” Andrade said in a Snapchat video.

The Trump administration has benefitted the three companies with a string of laws, including changes to the tax code, eliminating pieces of the Clean Power Plan and reversing bans on certain chemicals.

An America First representative gave Maplight this statement: “We don’t comment on stories by organizations funded by the radical left, including the Democracy Alliance and George Soros.” (Maplight is funded in part by a foundation run by Jonathan Soros, George Soros’ son.)