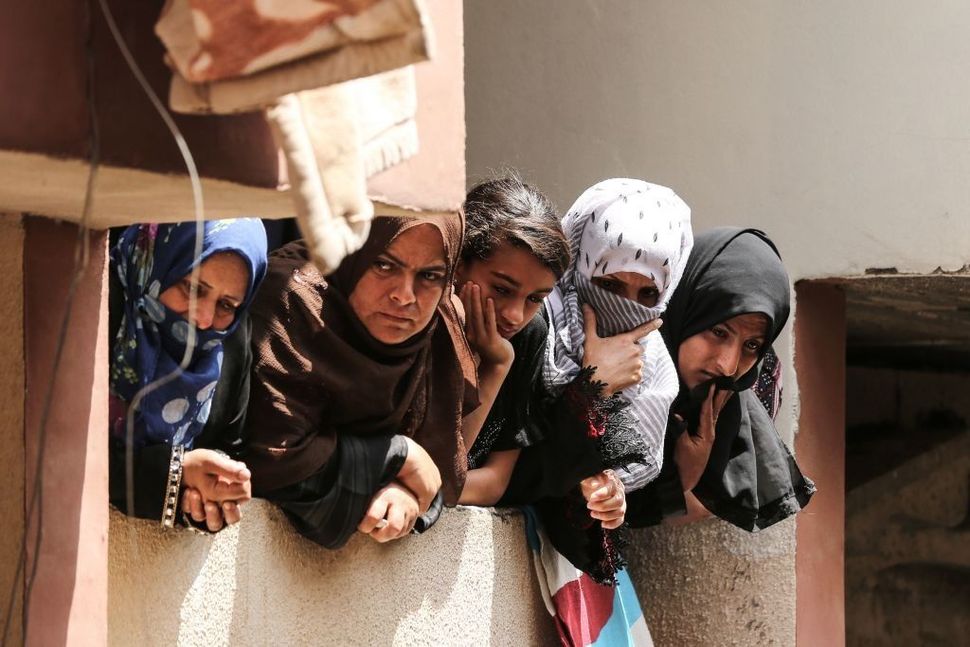 The medical team that included Palestinian medic who was shot dead on Friday approached the Gaza border fence with their arms raised, Palestinian officials said.

Authorities in Gaza released a video that it said showed the team, wearing white, walking towards the fence before Razan Najjar, 21, was shot.

Dr. Yossef Abu Arrish, the head of Gaza’s health services, said that “the paramedics approached the border with raised hands and while they were in their white uniforms and still the army fired tear gas grenades at them.”

He said that one of the grenades hit one of the medic’s legs. A friend of Najjar said the team returned to the border to take care of the wounded – including their fellow medics – when they came under fire. It was at this point, they claim, that Najjar was critically wounded from a gunshot wound to the chest.

In a video released by the health ministry and allegedly recorded minutes before Najjar was shot, the team of paramedics can be seen approaching the border in white coats and with their hands in the air. Najjar was also photographed wearing a white coat during attempts to resuscitate her.