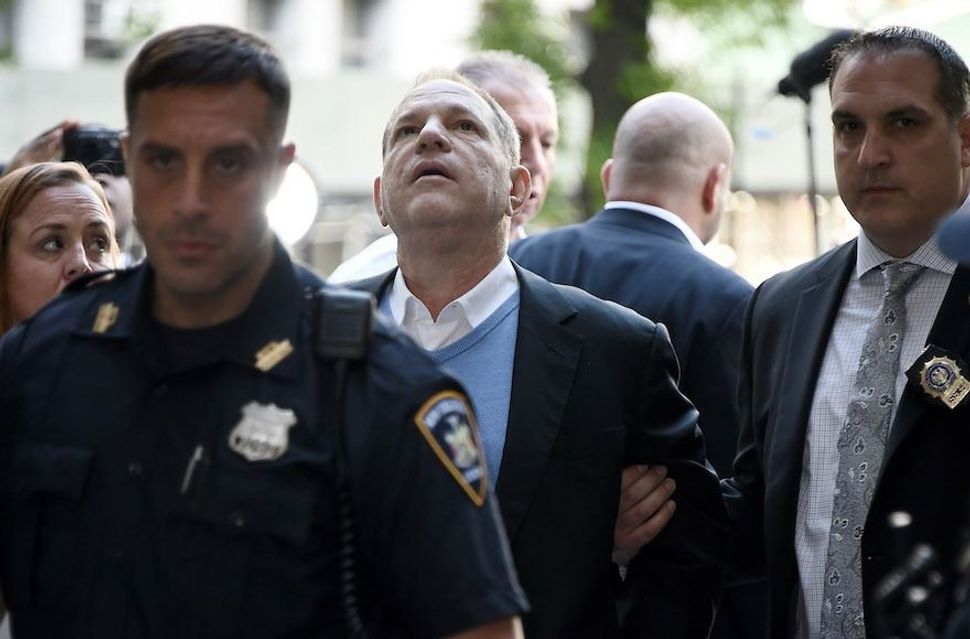 Harvey Weinstein arriving for his arraignment at a New York City courthouse in handcuffs, May 25, 2018. (Steven Ferdman/Getty Images) Image by Getty

(JTA) — Harvey Weinstein pleaded not guilty to charges of rape and a criminal sexual act.

The disgraced movie mogul appeared Tuesday morning in New York state Supreme Court in Manhattan. His bail was set at $1 million, which he already posted.

His next scheduled court appearance is Sept. 20.

If convicted on the most serious charges, Weinstein could be sentenced to prison for between five and 25 years.

The charges follow an avalanche of accusations that following their publication in October led women around the world, some famous and many who are not, to come forward with accounts of being sexually harassed and assaulted by powerful men.