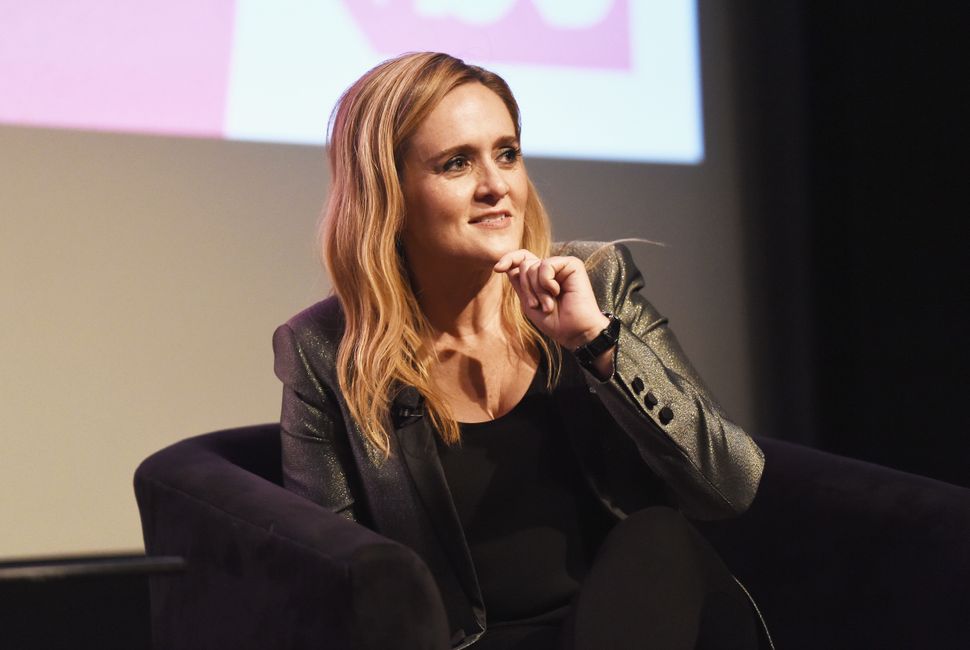 (JTA) — Television host Samantha Bee, appearing on her TBS late night show “Full Frontal” for the first time since calling Ivanka Trump a “feckless c—-,” again apologized both to the president’s daughter and to her audience.

“A lot of people were offended and angry that I used an epithet to describe the president’s daughter last week. It is a word I have used on the show many times trying to reclaim it. This time I used it as an insult. I crossed the line. I regret it and I do apologize for that,” Bee said during the opening monologue of her show.

She also said: “I hate that I did something to contribute to the nightmare of 24-hour news cycles that we’re all white-knuckling through. I should have known that a potty-mouthed insult would be inherently more interesting to them than juvenile immigration policy. I would do anything to help those kids. I hate that this distracted from them and so to them I am also sorry.”

Later she also apologized for “breaking America” with her insult of the first daughter.

Bee, who came under fire for her remarks from the White House, politicians and fellow actors, and also lost at least two sponsors for her show, had already apologized in a tweet on May 31, the day after the segment was aired, calling her use of the expletive “inappropriate and inexcusable.”

“You know, Ivanka, that’s a beautiful photo of you and your child, but let me just say, one mother to another, ‘Do something about your dad’s immigration practices, you feckless c—-!’” Bee said.