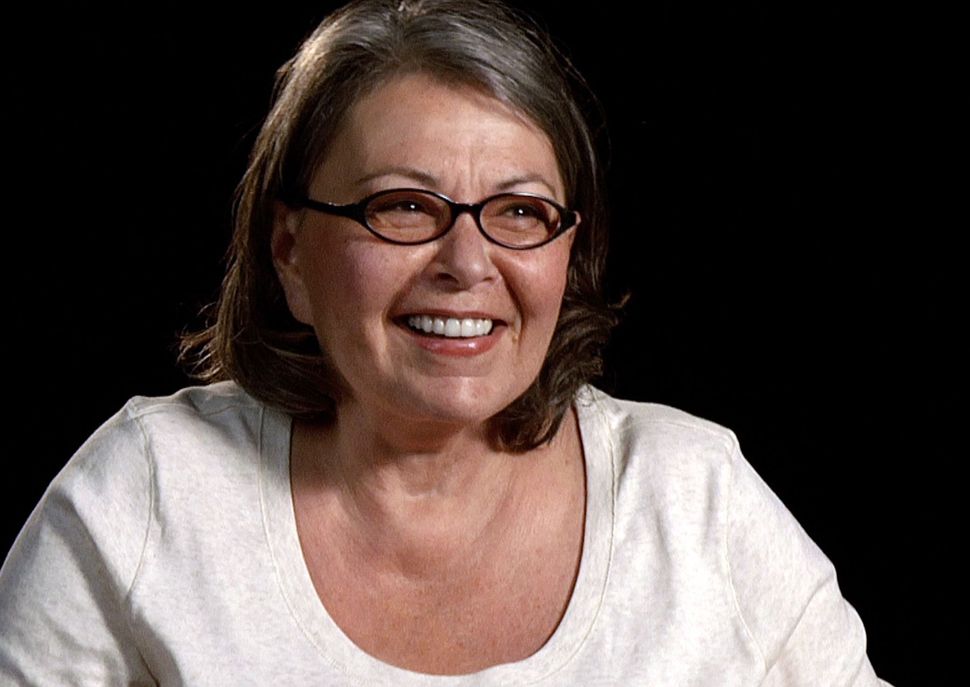 The retweet came several minutes after Barr tweeted on Tuesday that “I’m making restitution for the pain I have caused.”

You didn’t cause any pain. Those people always hated you. Valerie Jarrett wants Israelis and Jews chased into the sea, and she’ll celebrate.

The retweet, from a user calling himself “Ghost of Bull Moose,” read: “You didn’t cause any pain. Those people always hated you. Valerie Jarrett wants Israelis and Jews chased into the sea, and she’ll celebrate.”

Barr came under fire last week for a racist tweet that mocked Jarrett, who is African-American, saying that “muslim brotherhood & planet of the apes had a baby=vj.”

The actress later deleted the tweet and issued an apology, saying she had made “a bad joke about her politics and her looks.”

ABC then announced that it was cancelling her popular show after its return for one season.

“Roseanne’s Twitter statement is abhorrent, repugnant and inconsistent with our values, and we have decided to cancel her show,” Channing Dungey, ABC’s entertainment president, said in a statement announcing its cancellation.