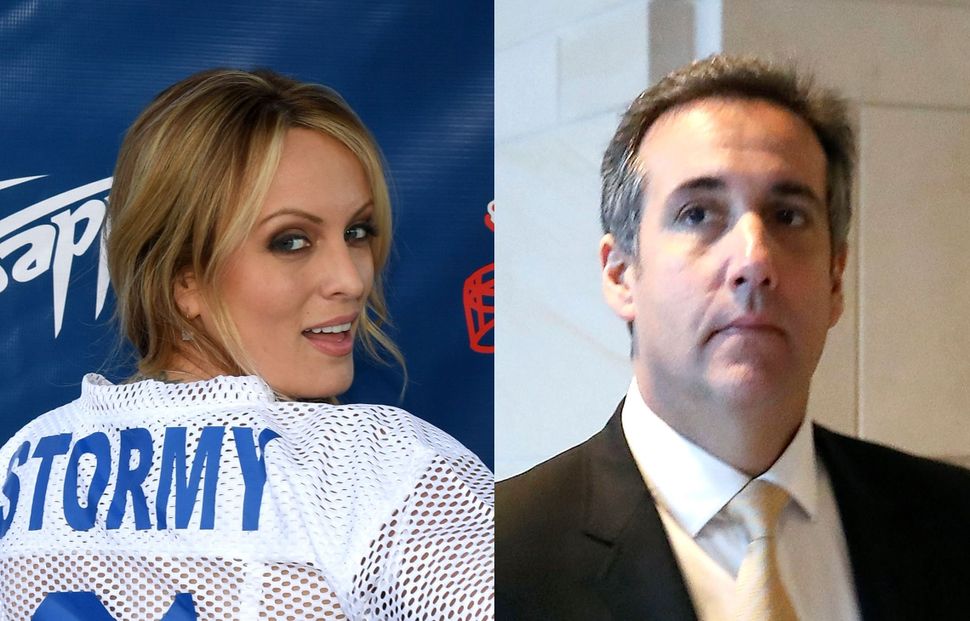 Stormy Daniels has filed a lawsuit claiming her former attorney “colluded” with Michael Cohen and Donald Trump while representing her, NBC News reports.

The lawsuit says that Keith Davidson, Daniels’ former attorney, and Cohen “hatched a plan” to have Daniels go on Fox News in January and falsely claim she did not have an affair with Trump. It also says that Trump was informed of the plan between Cohen and Davidson.

The filing contains several text messages between Cohen and Davidson about Daniels’ planned appearance on “Hannity,” with Cohen emphasizing that Davidson should have her go on as early as possible.

“By doing tomorrow you just create another news cycle instead of putting an end to this one,” Cohen wrote to Davidson. Later that night, Cohen texted Davidson again: “The wise men all believe the story is dying and don’t think it’s smart for her to do any interviews.” The lawsuit claims that “wise men” refers to Trump.

The lawsuit also alleges that Davidson broke client confidentiality with Cohen, informing him that Daniels was switching to lawyer Michael Avenatti and would disclose both her affair and settlement with Trump. The filing claims that this disclosure prompted Cohen’s arbitration against Daniels, which included a gag order.

“Attorney Davidson believes that the American people deserve to know the entire truth — and they soon will,” Davidson’s spokesman Dave Wedge wrote in a statement to NBC News. “This lawsuit has made that happen.”

According to NBC, Davidson has cooperated with the federal investigation of Cohen and turned over “electronic information.”