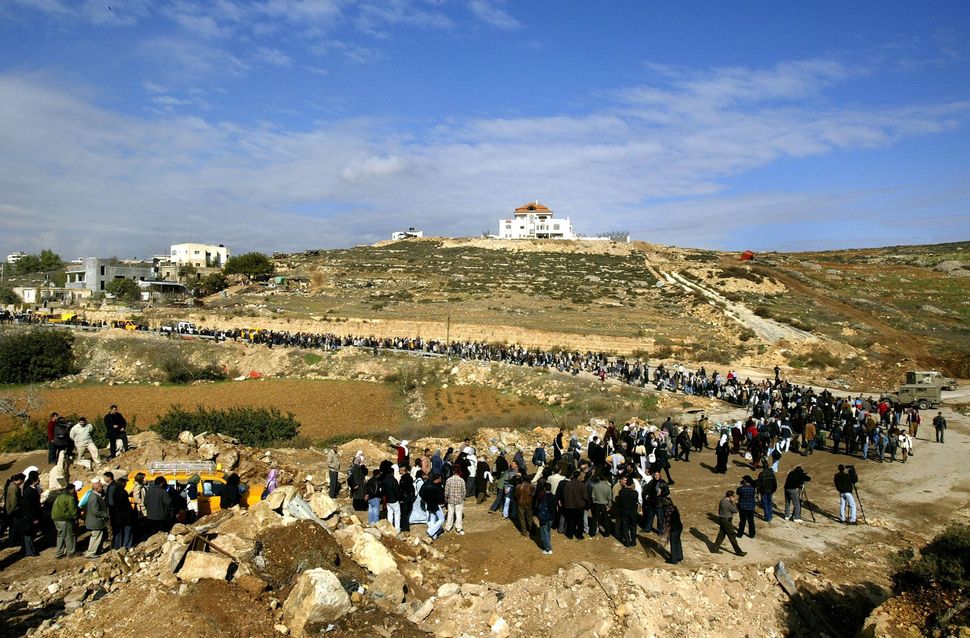 JERUSALEM (JTA) — A Palestinian man suspected of killing an Israeli soldier by dropping a marble slab on his dead has been arrested.

The Israel Security Agency, or Shin Bet, announced on Wednesday that it had arrested Islam Yousef Abu Hamid, 32, last week after the lifting of a gag order on the arrest; the rest of the case remains under a gag order.

Staff Sgt. Ronen Lubarsky of the Israel Defense Forces elite Duvdevan unit died on May 26, two days after a slab of marble was dropped on his head from three floors up during a military raid on a Palestinian refugee camp near Ramallah targeting members of a terror cell involved in recent attacks and shootings against Israelis.

Hamid, a resident of the Amari refugee camp near Ramallah was arrested after ISA intelligence indicated that he was suspected of having thrown the marble slab, the Shin Bet said in a statement. “During the investigation it became clear that Hamid had indeed thrown the slab in question from an adjacent building,” the statement said.

Hamid’s brothers are Hamas members who have carried out several terrorist attacks that led to the deaths of Israelis, including the Feb. 13, 1994 shooting death of Shin Bet operative Noam Cohen, the agency said in the statement.

The announcement of the arrest comes on the same day as the head of the Israel Security Agency told an international conference of public security ministers being held in Jerusalem that the Shin Bet had foiled about 250 “significant terror attacks” since January.