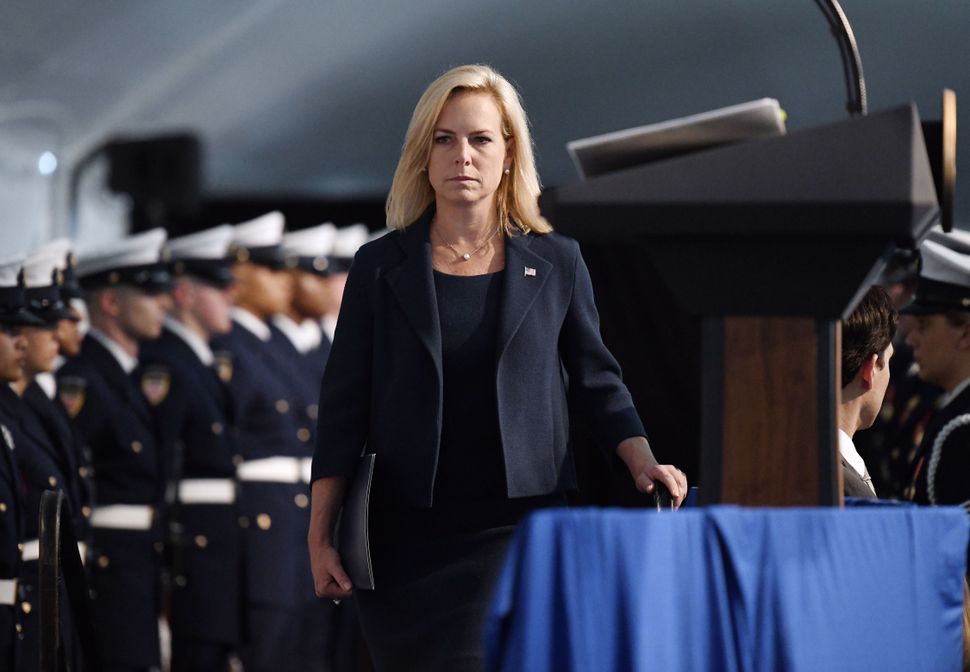 The letter, which was organized by the Anti-Defamation League, calls the policy “unconscionable.”

“This policy undermines the values of our nation and jeopardizes the safety and well-being of thousands of people,” the letter says. “As Jews, we understand the plight of being an immigrant fleeing violence and oppression. We believe that the United States is a nation of immigrants and how we treat the stranger reflects on the moral values and ideals of this nation.”

Sessions spoke Wednesday at a conference of the Orthodox Union in Washington, D.C, and was honored with a plaque containing an artistic rendering of the biblical command “Justice, justice shalt thou pursue.”

Ahead of Sessions’ speech, the liberal rabbinic human rights organization T’ruah put out a petition asking the O.U. to challenge Sessions’ policies on immigration, including directives that have led to the indefinite separation of parents and children entering the United States at the southern border. The petition had over 1,500 signatures on Thursday.

The O.U. responded on Twitter, saying that its leadership had raised immigration with Sessions in a private session prior to his speech.