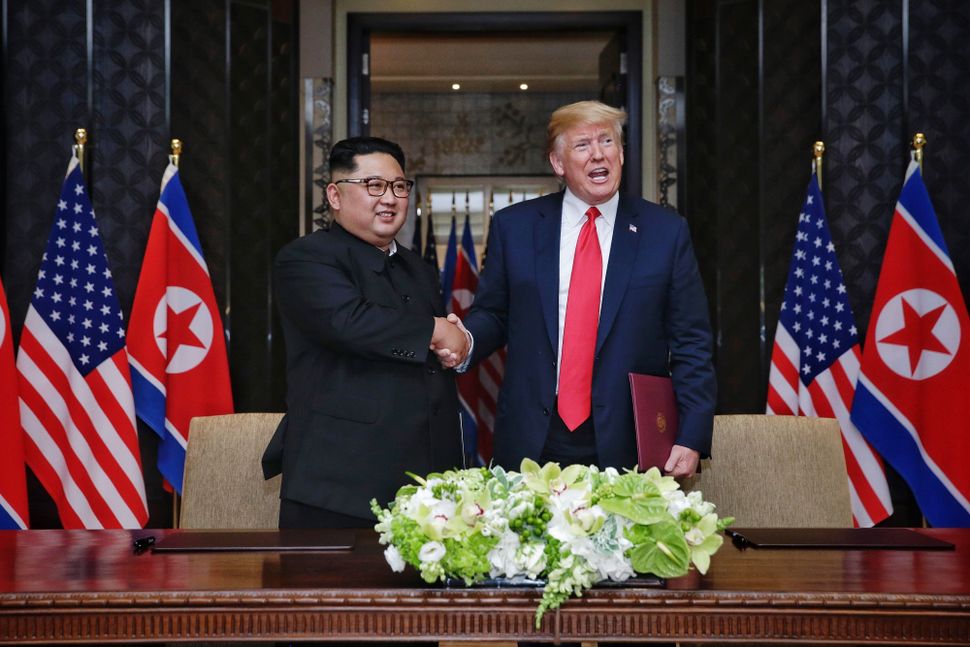 A classified report from Israel’s foreign ministry questioned whether the summit between President Trump and North Korean leader Kim Jong Un was anything more than a photo opportunity, Axios reported Thursday.

The analysis was reportedly circulated on Wednesday by the research department of the Israeli foreign ministry to all Israeli embassies around the world and to many other government agencies.

A key concern addressed by the government information was the gap between previous U.S. statements on the need for “full, irreversible and verifiable” denuclearization, and the joint statement signed at the end of the summit, which only referred to “complete denuclearization.”

The report predicted that regardless of President Trump’s optimistic statements, changes in North Korean policy will not come quickly.

“Our assessment is that regardless of President Trump’s statements about quick changes that are expected in North Korean policy, the road the real and substantive change, if it ever happens, will be long and slow,” the report said.