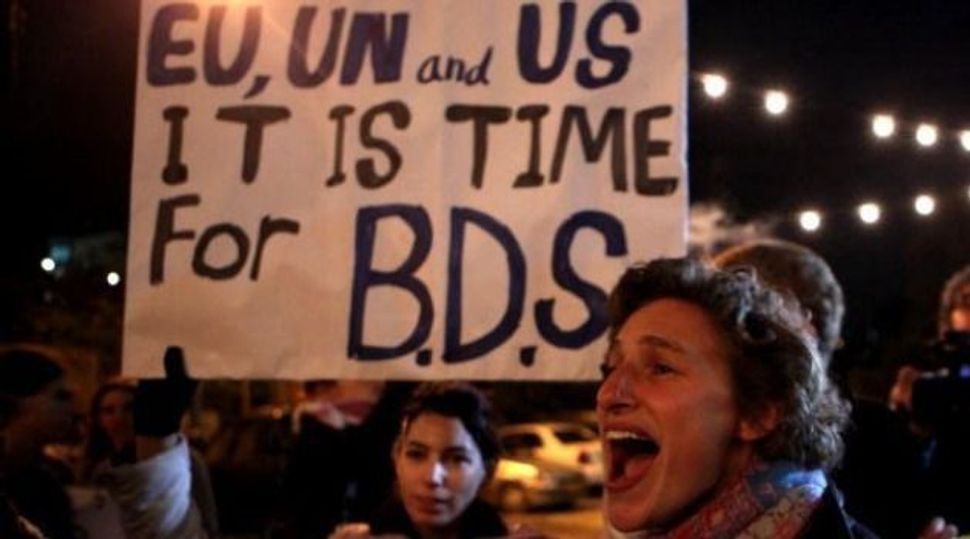 (JTA) — For the first time in Spain, the parliament of one of the states that comprise the kingdom voted to endorse the Boycott, Divestment and Sanctions movement against Israel.

The vote last month by the Parliament of the Chartered Community of Navarre in Spain’s north was passed thanks to the support of representatives of all the parties represented in parliament except the center-right Popular Party, the ACOM pro-Israel advocacy wrote in a statement Friday.

The motion passed on May 21 says the parliament of Navarre calls on the central government to “support any initiative promoted by the international BDS campaign.” It also calls on Spain to “suspend its ties with Israel “until that country ceases its policy of criminal repression of the Palestinian population.”

The motion went on to condemn Israel for “murdering” dozens of Palestinians in May. The condemnation is a reference to Hamas-organized riots along the border with Israel, which featured hundreds of firebombs and attempt to break the fence into Israel. Of 61 people killed in the riots on May 14, 50 were Hamas members, according to one senior member of that organization.

The Navarre motion does mentions neither Hamas, violence along the border nor Israel’s right to defend itself. ACOM condemned it as discriminatory. In recent years, ACOM actions have led to the scrapping, annulment or suspension of 24 motions to boycott Israel by Spanish municipalities. Courts throughout the kingdom have declared such motions discriminatory and unconstitutional.