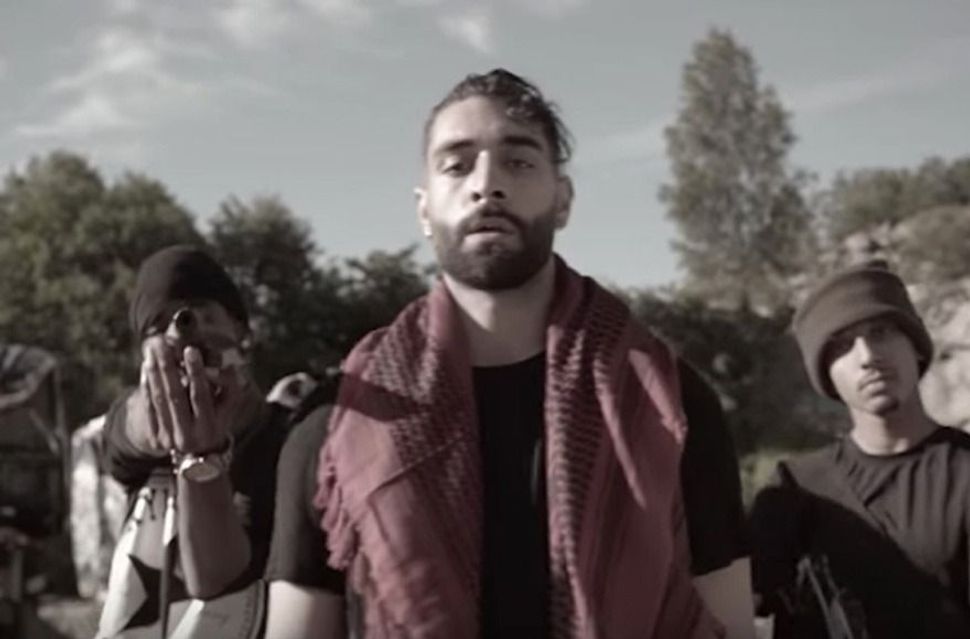 Kaveh Kholardi appearing in the video for his song “The Man”, 2017. Image by YouTube

(JTA) — A Norwegian rapper hired by the city of Oslo to sing at an event intended to celebrate diversity cursed the “f—-ing Jews” during his performance.

In response to the profane statement Friday by Kaveh Kholardi, the leader of the country’s Jewish community has threatened to take legal action against the 23-year-old performer.

Kholardi wished Muslims “Eid Mubarak,” a greeting in Arabic for the Eid al-Fitr holiday that on Friday marked the end of Ramadan, Dagen reported. He went on to ask if there were Christians present, smiling upon hearing cheers. Then he asked if there were any Jews, adding “f—-ing Jews … Just kidding.”

Christine Thune, a spokeswoman for the Oslo municipality, told the Verdens Gang daily that the organizers had complained to Kholardi. Anne Christine Kroepelin said the whole “point of the event was diversity and inclusion,” and that Kholardi’s apparent expression of anti-Semitism was “exactly the opposite of what the organizers wanted to promote.”

On June 10, five days before the concert, Kholardi wrote on Twitter: “f***|ing Jews are so corrupt.”

On Facebook, Kholardi wrote following criticism by the Jewish leader, Ervin Kohn, that he is “neither a racist nor anti-Semite,” and that the reference to Jews during the concert was taken out of context” and was only a joke.

Kohn demanded an apology from Kholardi, threatening a complaint to police for incitement to hate if Kholardi does not comply with the request.