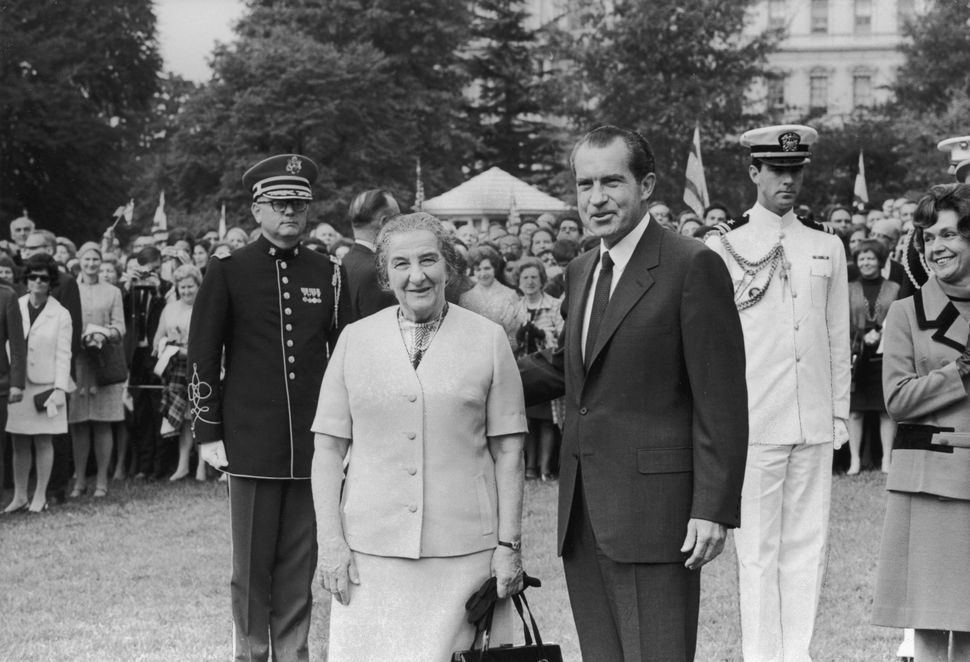 Only a select group of senior American officials, in three previous administrations, knew of the letters, the New Yorker revealed.

Israeli leaders interpret the letters as a pledge not to press the Jewish state to give up its nuclear weapons so long as it continued to face existential threats in the region. But American officials say the letters aren’t that explicit and fall short of constituting a binding commitment.

Such understandings between the two countries stretch back to a 1969 unwritten accord between Golda Meir and Richard Nixon: the Israelis would not declare, test, or threaten to use their nuclear weapons; and the Americans would not pressure the Israelis to sign an international nuclear-nonproliferation treaty. The Israelis pushed to formalize it after the Gulf War, and the first iteration of the secret letter was drafted during the Clinton administration. Presidents George W. Bush and Barack Obama signed updated letters.

When President Trump’s aides moved into the White House, they didn’t find any copies of the previous letters left behind by their predecessors, according to the New Yorker. The documents had been sent to the archives, but the Israelis had copies.

Like Obama’s advisers, Trump’s aides didn’t know about the letter and were confused by the importance Israeli Prime Minister Benjamin Netanyahu placed on getting them signed so quickly. This was noticeable on a particularly tense day in the West Wing early in Trump’s tenure: Israeli ambassador Ron Dermer came to the White House to talk to National Security Advisor Michael Flynn about arranging for Trump to sign the letter — on the day Flynn was due to turn in his resignation letter. Viewing the Israeli officials as overbearing, one American even snapped, “This is our f—-n’ house.”