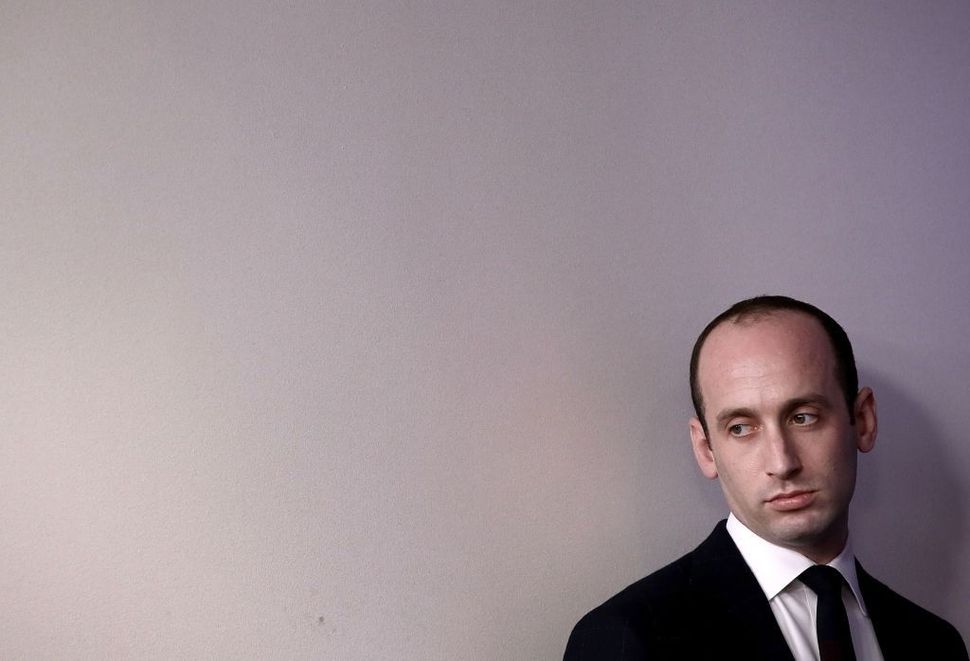 Protesters reportedly chanted, “Say it loud, say it clear: immigrants are welcome here,” and handed out missing children flyers and “wanted” posters in front of the swanky CityCenter DC, which is partly owned by the government of Qatar.

“Say it loud, say it clear: immigrants are welcome here,” shouts a group of about a dozen people outside Stephen Miller’s apartment building in DC. #civility pic.twitter.com/gLVHCAwvwf

They are handing out these flyers to Stephen Miller’s neighbors at the luxe CityCenterDC pic.twitter.com/OYmllt6JEj

According to USA Today, Miller was not home at the time, instead traveling with President Trump to Columbia, South Carolina for a campaign rally.

This is not the first public direct action Miller has faced; just last week he was called a fascist at a Mexican restaurant in D.C.

Miller has been reported as instrumental to the creation of Trump’s zero-tolerance immigration policy, telling the New York Times it was a “simple decision” to enact the policy.

The protesters identified themselves as “concerned D.C. residents” to USA Today.

“As long as Stephen Miller and the Trump regime terrorize black and brown communities, penalize immigrants and ban Muslims, they will be met with frequent displays of public anger and moral outrage,” Jesse Rabinowitz, one of the organizers, told USA Today.