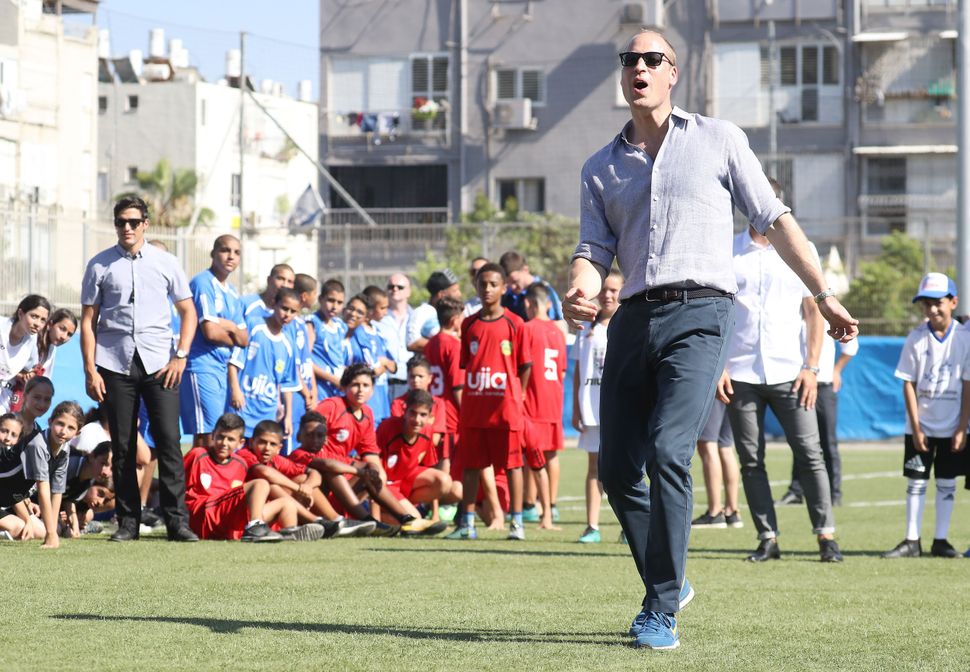 (JTA) — A reporter for The Associated Press was prevented from covering Prince William’s visit to the Israeli prime minister’s residence because security guards detained him over questions regarding his ethnic origin.

Nebi Qena, a television producer, was held at the entrance to the residence for 45 minutes by security guards who asked about his ethnic origin and whether he was a Muslim, according to an AP article about the incident. The delay kept him from covering the event.

The office of Israeli Prime Minister Benjamin Netanyahu said in a statement that it would investigate the incident, which it said was caused by “human error.”

“Entrance to the Prime Minister’s Office facilities requires a stringent security examination,” the statement said. “We regret any distress or discomfort. This incident was caused by human error and will be investigated and the necessary changes will be made immediately.”

Qena, who is Albanian, has worked for AP for a decade, including three years covering Israel. He was accredited for the event and had received confirmation in advance that he would be allowed to enter.

“The Associated Press decries this blatant ethnic and religious profiling of an AP journalist and calls on the prime minister’s office to cease such biased practices immediately,” said AP’s media relations director, Lauren Easton, according to the article.

The Foreign Press Association called the incident “disgraceful and indefensible,” and added that journalists in Israel have previously been subject to strip searches and invasive personal questions from security guards.