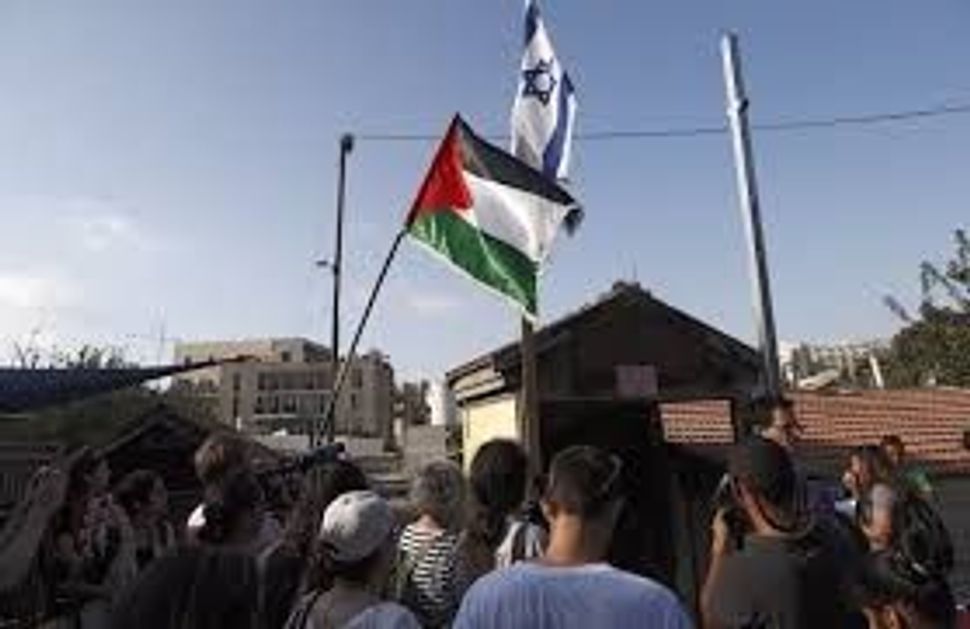 Five participants on a Birthright Israel program left early Thursday in public protest of its education curriculum, which they say didn’t touch on the occupation of the West Bank.

Danielle Raskin, one the participants who protested the trip, created a Twitter account to document her experience, which she had been skeptical about upon arriving, according to her posts.

I’ve made this account to document and share my experiences traveling around Israel on #Birthright. I’ve felt conflicted for a long time about coming on birthright, but here I am, with one day down and nine to go. @IfNotNowOrg

Her timeline details unsuccessful attempts to learn more about the plight of the Palestinians. Her group leader, she wrote, said, “Birthright is the Jewish birthright.” On Thursday, toward the end of the trip, she and four other participants broke away to join Breaking the Silence, an Israeli veterans’ organization that raises awareness of the occupation. They went to Hebron to see the conflict for themselves.

Video of the walkout shows the tour guide and many other Birthright participants upset over the activists, as one participant described it, “disrupting everyone’s experience.”

Me and four other participants walked off our #birthright trip since they wouldn’t show the occupation, we’re going to Hebron to see it for ourselves with @BtSIsrael https://t.co/nKdUbqxnu1

Here’s the statement the five of us wrote on the bus to Hebron 1/2 pic.twitter.com/00Oijxi2aG

A Birthright Israel spokesperson said in a statement that the walkout video was misleading.

“We encourage Birthright Israel participants to analyze the complexities of the Middle East,” the statement said. “Yet this video omits the portion where the troublemakers repeatedly berated trip leaders, attempting to actually take over the trip from its leaders. That is the opposite of respectable debate and consideration of divergent views. Over the past 18 years, more than 650,000 young adults have participated in Birthright Israel’s apolitical programming that helps them explore their heritage and provides them with firsthand observations so that they can form their own opinions. Unfortunately, a group this week arrived with a determination to interfere with an experience that other participants are entitled to enjoy.”