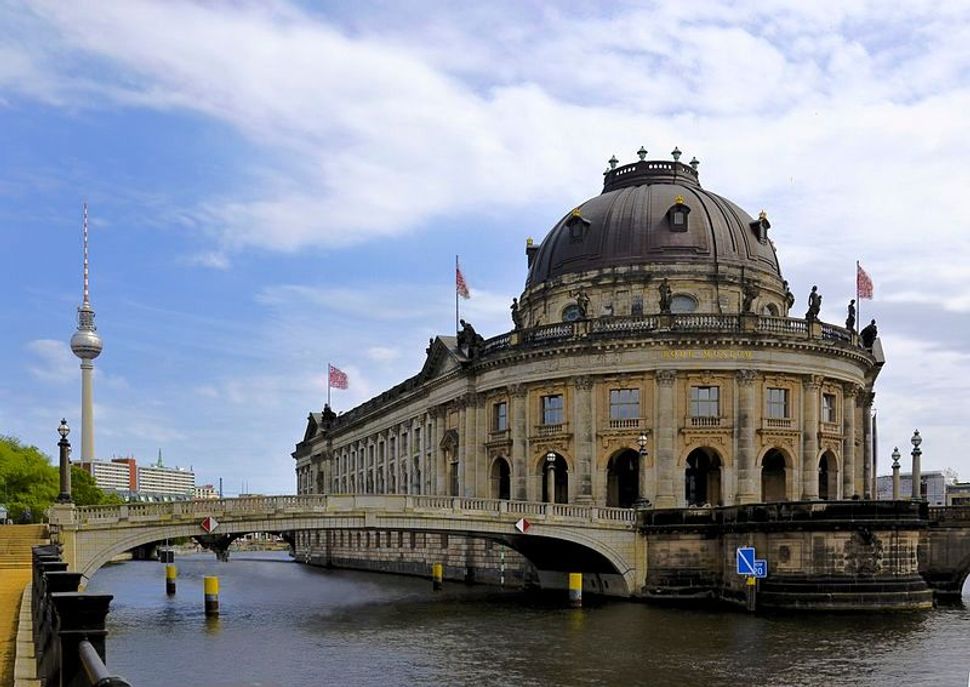 (JTA) — A Berlin museum said a 15th–century religious sculpture looted by the Nazis was returned to the heirs of its former Jewish owners and then sold back to the museum.

The Bode Museum said Monday that it had reached an agreement with the heirs, The Local reported.

Michael Eissenhauer, the head of Berlin’s public museums, said the agreement was “righting an injustice” and thanked the heirs for their “grand gesture,” which keeps the piece on display.

The carved sculpture circa 1430, which shows three angels floating on clouds and a sleeping infant Jesus, once belonged to the private collection of the Jewish industrialist Ernst Saulmann and his wife, Agathe, one of the few female pilots of her era.

The couple fled Germany in 1935, initially for Italy. The Nazis confiscated their land, business, mechanized cotton mill, private library, art collection and Agathe’s plane. Their more than 100 artworks were sold off at a Munich auction in 1936.

The Saulmanns left fascist Italy for France, but when the Nazis invaded that country, the couple was sent to an internment camp.

The Saulmanns’ descendants hired researchers who managed to locate 11 artworks from their collection, which landed in five German museums and three private collections.

“My family was able to reach different agreements with all these institutions and collectors,” Felix de Marez Oyens, one of the heirs, said at a recent news conference.