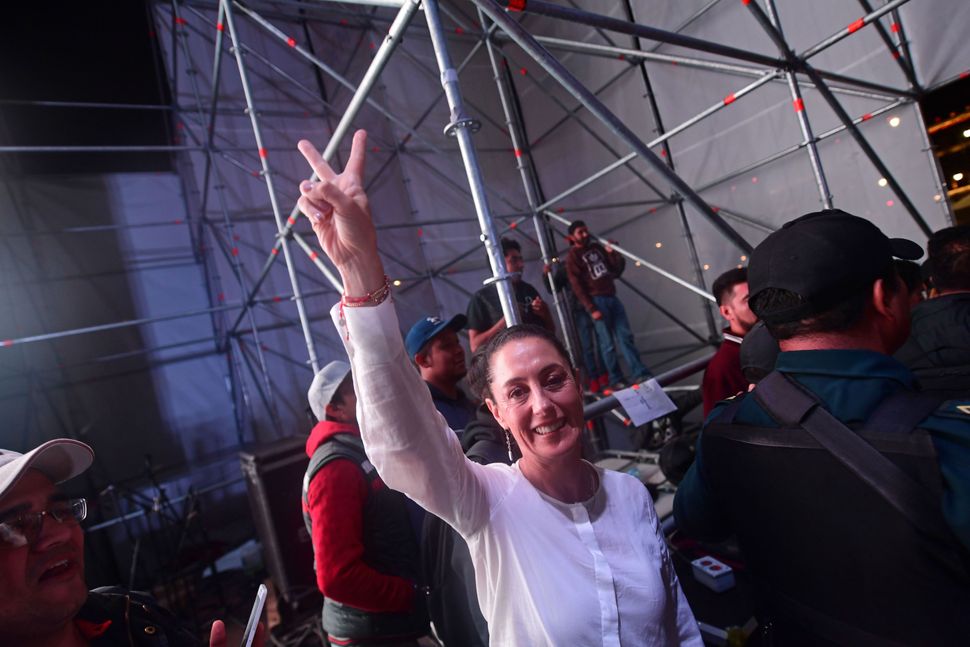 (JTA) — A Jewish woman was elected mayor of Mexico City, the largest city in North America.

Claudia Sheinbaum Pardo on Sunday defeated a field of six other candidates, four of them women. She won with a reported up to 55 percent of the vote.

She holds a doctorate in energy engineering and physics from the National Autonomous University of Mexico.

Sheinbaum Pardo was elected district mayor of Mexico City’s Tlalpan neighborhood, which has over nine million residents, in 2017, and has served for five years as Secretary of the Environment until 2015. She is a member of the Movement for National Regeneration Party of leftist politician Andres Manuel Lopez Obrador, who was elected president on Sunday as part of the “Together we will make history” coalition, on his third run for the country’s highest office

She is the granddaughter of Jewish immigrants to Mexico from Lithuania and Bulgaria.