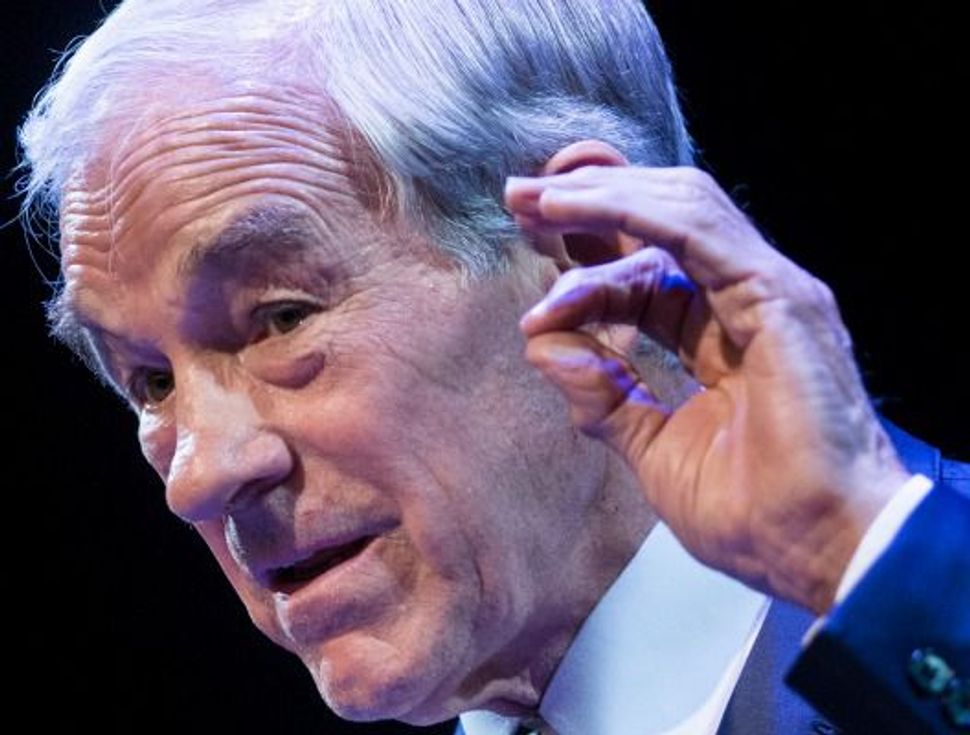 Paul’s comment above it reads: “Are you stunned by what has become of American culture? Well, it’s not an accident. You’ve probably heard of “Cultural Marxism,” but do you know what it means?”

He deleted the tweet without comment and reposted it with a photo of the phrase “Political Correctness” crossed out. He included a link, which goes to a Facebook post criticizing socialism. Commenters angrily asked about the previously deleted photo.

So, Ron Paul tweeted this (since deleted) pic.twitter.com/eGpf5tbDGX

“Earlier today a staff member inadvertently posted an offensive cartoon on my social media,” Paul later wrote on Facebook. “I do not make my own social media posts and when I discovered the mistake it was immediately deleted.”

Paul has been accused of anti-Semitism before. A newsletter published in his name featured racist, homophobic and anti-Semitic content, including a claim that the 1993 World Trade Center bombing was a “setup by the Israeli Mossad.” He also cast the sole Republican “no” vote that reaffirmed the nation’s “steadfast support for the nation of Israel” and condemned Hezbollah and Hamas, which the United States designates as terrorist organizations.