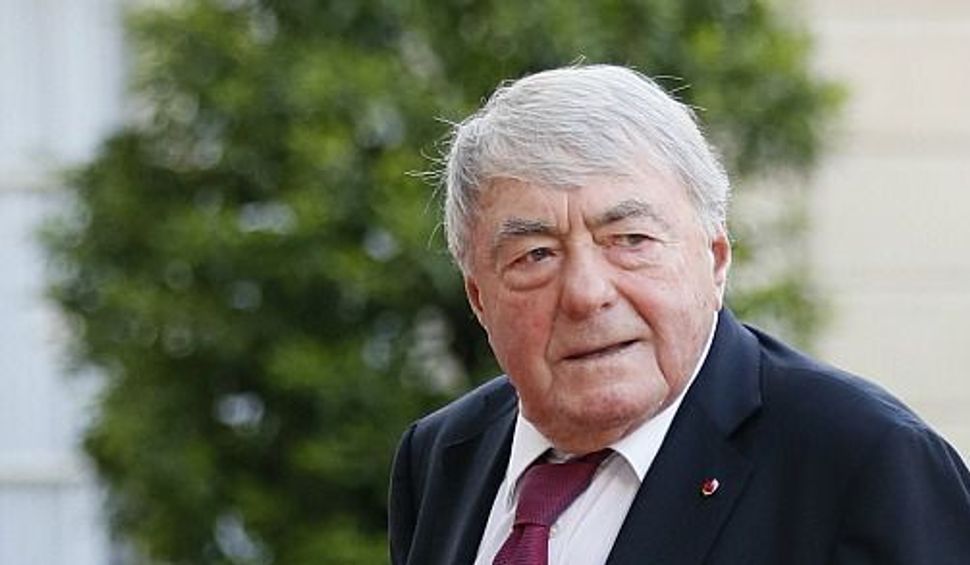 (JTA) – Claude Lanzmann, one of the world’s foremost makers of documentary films about the Holocaust, has died.

Lanzmann, a French Jew who directed the canonical 1985 film “Shoah,” died at the age of 92 in Paris on Thursday, Le Monde reported.

Although he is best known for the 9-hour-long documentary bearing the Hebrew-language name of the Holocaust, his many projects “have changed the history of film making forever,” a Le Monde author wrote in the eulogy for Lanzmann.

His works about the Holocaust were extensive and innovative in how they tackled early on aspects of the genocide that had been scarcely discussed for their sensitivity, including the role and level of knowledge of locals in Eastern Europe about the mass murder of Jews in their countries. He also dealt with the sensitive and divisive subject of Jews working in the service of the Nazis in the framework of the annihilation.

Lanzmann, who in 2011 received the French Legion of Honor, the country’s highest distinction of merit, had two children, one of whom, Felix, died last year of cancer at the age of 23. Lanzmann was deeply affected by Felix’s death, Le Monde wrote.

One of Lanzmann’s most recent and profound cinematic works — he was a writer, a journalist and columnist in addition to his film making career — was released in 2013. A documentary titled “The Last of the Unjust,” it is based on interviews that Lanzmann conducted in 1975 with Benjamin Murmelstein, the only surviving president of the Jewish Council in the Theresienstadt concentration camp.