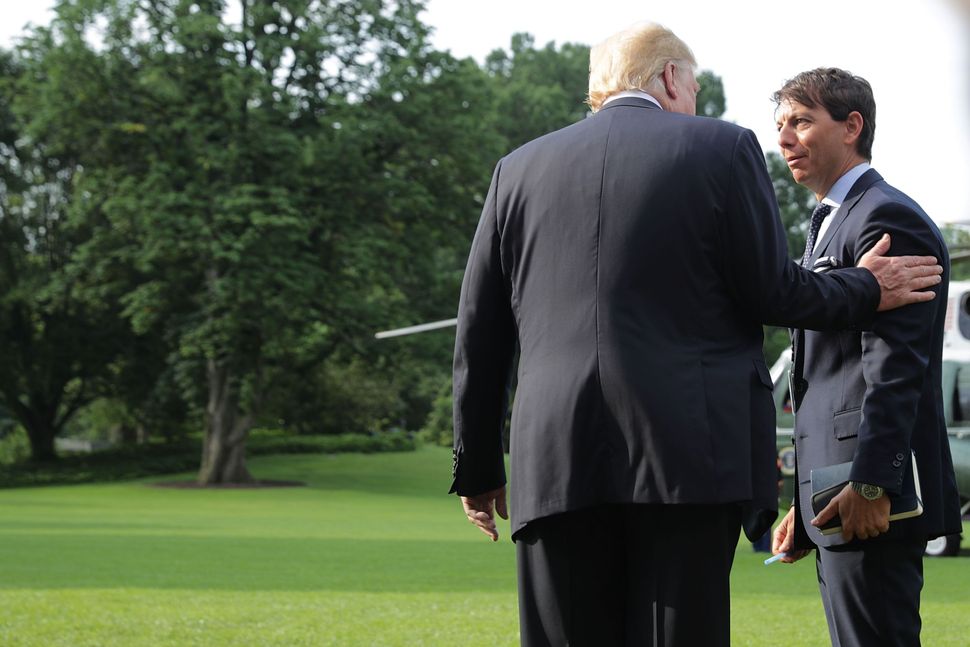 (JTA) — Improved ties with Israel proves that the United States is more “beloved” around the world than under the previous administration, a White House spokesman said.

He also said that Israel was “virtually” thought of as an enemy of the United States under the Obama administration.

Deputy Press Secretary Hogan Gidley told reporters aboard Air Force One on Tuesday that President Donald Trump is not concerned about seeing protesters during his scheduled trip to Europe next week.

“The President has done an incredible job actually, I believe, regaining some credibility across the globe. The President has made this country more respected, more feared, and quite frankly more beloved in a lot of areas than we were before,” Gidley said.

When asked by a reporter what evidence the White House has that the U.S. is more beloved around the world, Gidley replied: “Israel.”

When pressed for others, he responded: “You’ve seen the relationship with Israel that is greatly enhanced because of this President. It’s the only democracy in the region, and it was virtually thought of to be an enemy of the American people in the last administration.”

Gidley said that Trump “came in and changed the relationship.”

“It’s the only democracy in the region, and it’s important that we keep our partners and allies close and happy, and that’s what he did there,” he added.

Part of the improved ties with Israel revolved around Trump’s recognition of Jerusalem as the country’s capital and the decision to move the United States’ embassy from Tel Aviv to Jerusalem. Those decisions have led to global condemnation and an increase in tension in the Middle East.