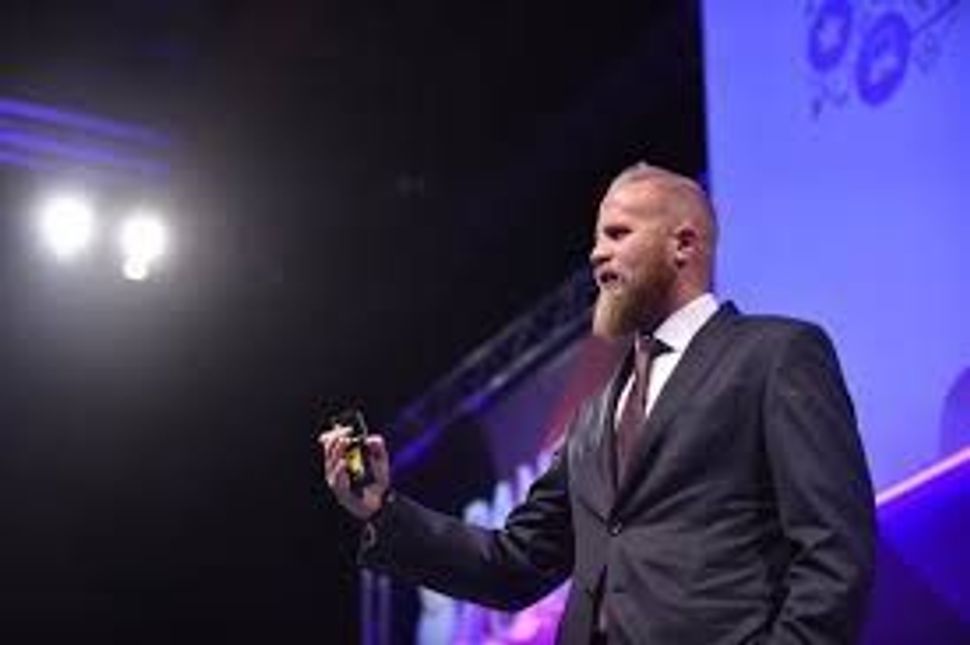 President Trump’s 2020 campaign manager, Brad Parscale, had a friendly Twitter exchange on Tuesday with a social media network popular with white supremacists, urging it to create an iPhone app he could use.

“I’m not against @getongab. Just get me an iPhone app,” Brad Parscale said about the website Gab. “I am all for a @Twitter replacement. This platform is so left I need to balance myself right with an elephant. Pun intended.”

I’m not against @getongab. Just get me an iPhone app. I am all for a @Twitter replacement. This platform is so left I need to balance myself right with an elephant. Pun intended. ? https://t.co/38SIyW3mB1

Gab, which does not remove hate speech or offensive content from its service, has become somewhat of an “alt-right” Twitter. It currently does not have an iPhone app because Apple has claimed it contains “defamatory or mean-spirited content.” Gab CEO Andrew Torba has claimed that Apple has rejected Gab “eight of nine times.”

Parscale is no stranger to social media services: he ran Trump’s digital operations during the 2016 campaign, using Facebook and other social media to bolster Trump’s messaging with the help of Cambridge Analytica, which had surreptitiously acquired Facebook users’ personal data.

Gab has not always been friendly to those in the political sphere: it banned white nationalist congressional candidate Paul Nehlen from the site in April after he revealed the secret identity of a prominent troll.