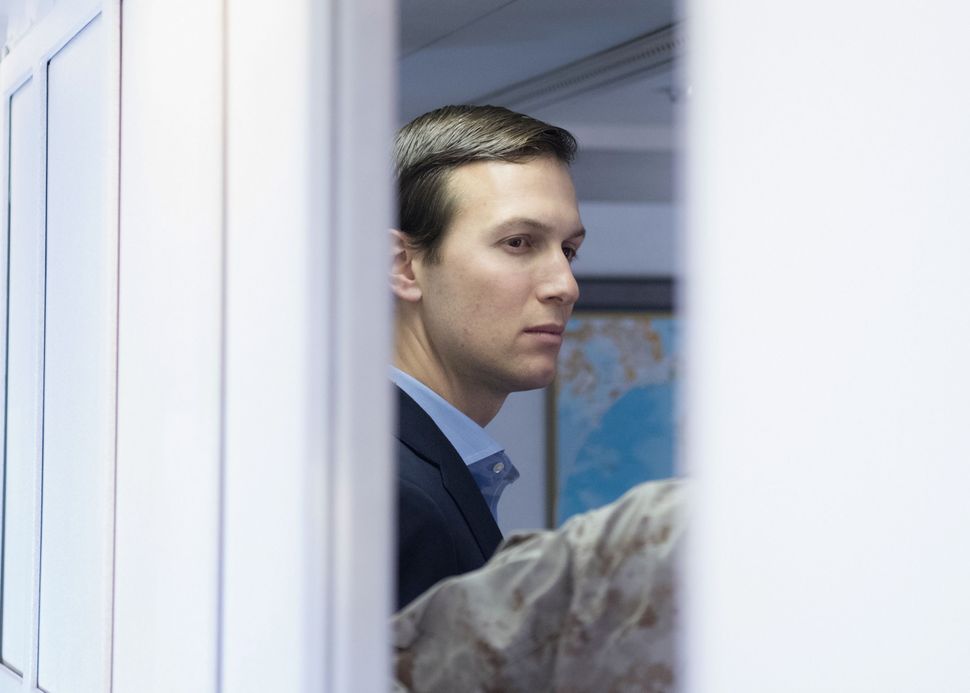 Jared Kushner meets with military officials after arriving in Baghdad, Iraq. Image by Dominique A. Pineiro/Department of Defense

Jared Kushner lacks the security clearance level required to review some of the government’s most sensitive secrets, according to two people familiar with his access.

When White House security officials granted him permanent clearance in late May, Kushner was given only “top secret” status — a level that does not allow him to see some of the country’s most closely guarded information, the Washington Post reported.

Kushner has not yet been approved to review “sensitive compartmented information,” known as SCI. The Central Intelligence Agency determines who can access this information, which primarily involves U.S. intelligence sources and surveillance methods, the people, who spoke anonymously, said.

That has blocked Kushner from seeing some parts of the President’s Daily Brief, a highly classified summary of world events that sometimes describes intelligence programs and operatives.

The reasons for the constraints on Kushner’s intelligence access are unclear, according to the Post, including whether they are related to the ongoing special counsel investigation, which has examined his interactions with foreign officials.

Kushner attorney Abbe Lowell declined to confirm Kushner’s current clearance level. He said that the White House handled Kushner’s security clearance according to the standard process, explaining that Kushner has sufficient access to do his job.