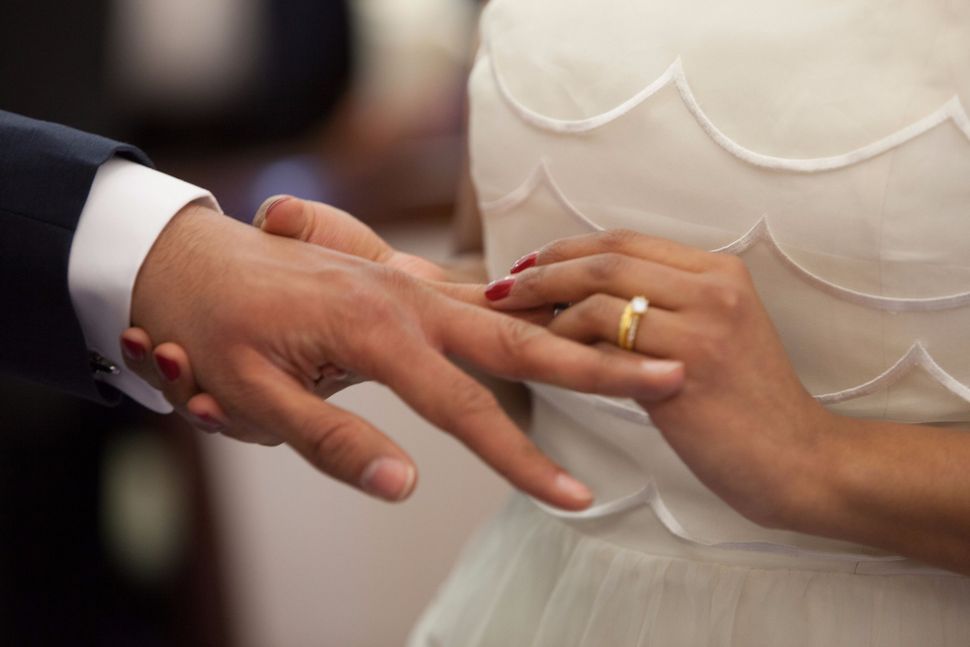 JERUSALEM (JTA) — A Conservative rabbi in Israel was awakened by police early Thursday morning and taken in for questioning over performing an illegal marriage ceremony.

Rabbi Dov Dubi Haiyun, who lives in Haifa, was taken to a local police station by two officers at 5:30 a.m. for questioning after the Haifa Rabbinical Court filed a complaint against him for conducting a marriage ceremony of a couple with a forbidden relationship. One member of the couple is Jewish, but was born out of an extramarital affair, making her a mamzer, or bastard, and unable to marry according to Jewish law.

According to a 2013 law, it is illegal to perform a marriage ceremony in Israel outside of the Chief Rabbinate, Haaretz reported.

Haiyun said in a post on Facebook that Haifa’s Orthodox rabbinical court “filed a complaint against me for performing weddings.”

Haiyun has been officiating in Israel at non-Orthodox weddings for decades, according to reports.

Police said they arrested Haiyun after he failed to heed a summons to appear for questioning earlier this week. He was released hours after his arrest after he said he would return to the station for questioning on Monday, the Times of Israel reported citing a police spokesperson. He later was informed that he did not have to appear and would be summoned again if the need arose.

The cancellation of the summons came after Attorney General Avichai Mandelblit ordered police to halt their investigation until they determine if Haiyun committed a criminal offense.

Haiyun is the spiritual leader of Moriah Congregation, the oldest Conservative synagogue in Israel, which was founded in 1954.