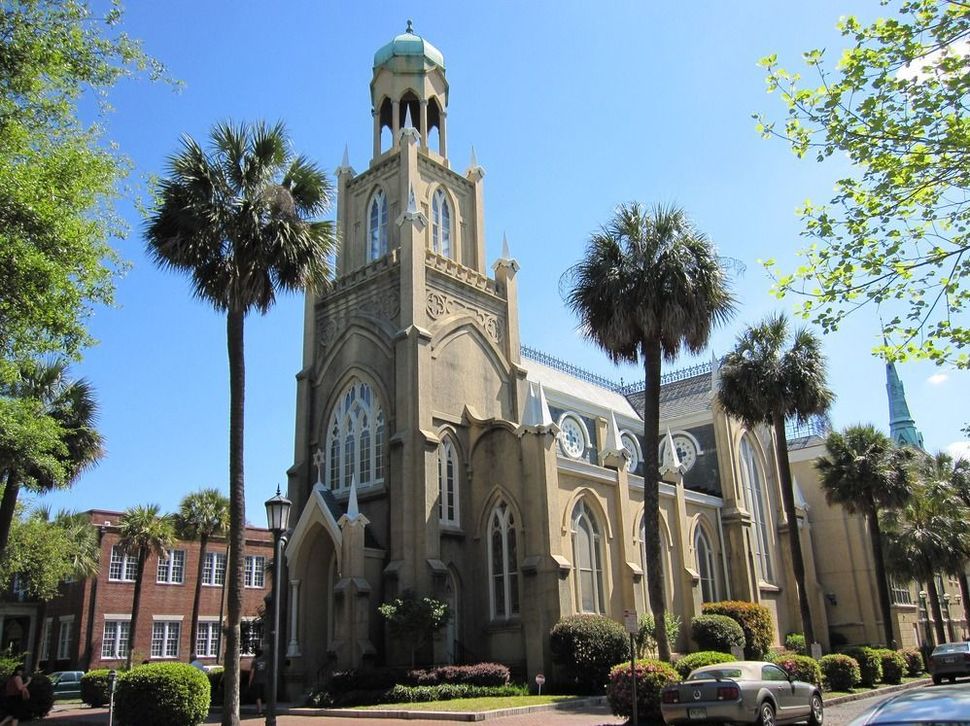 (JTA) — Hundreds of mourners filled a Savannah, Georgia, synagogue to remember a Jewish soldier killed in action in Afghanistan on July 12.

Sgt. 1st Class Christopher Andrew Celiz, 32, an Army Ranger and native of Summerville, Georgia, was wounded by enemy small-arms fire while helping to support a medical evacuation landing zone during a counterterrorism operation, Army officials said. He died at a medical treatment facility.

His funeral took place Wednesday afternoon at Congregation Mickve Israel in historic Savannah, the Post and Courier reported. Flags were lowered at half-staff throughout the state in his honor.

Friends from Summerville High School and The Citadel remembered him as “smart, caring and upbeat,” the paper reported.

“I’ve never seen a man love his wife and his child as much as he loved them,” a friend said. Celiz and his wife, Katie, began dating in high school.

“A husband, father, and leader, Chris was known as a man who ‘led from the front’; He was the first one in, worried about the welfare of his troops,” they wrote. “He died as he lived … as a hero.”

Celiz and his wife were contributors to the federation campaign.