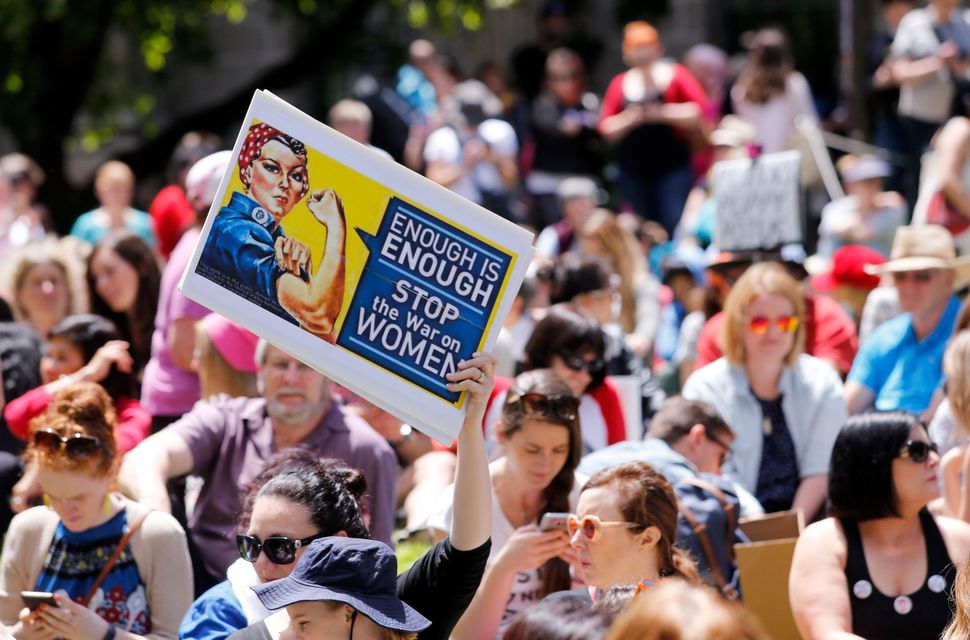 Misogyny and white supremacy are intertwined ideologies, a new report by the Anti-Defamation League explains.

The organization considers misogyny a “dangerous and underestimated component of extremism,” and the report marks the start of an investigation into how various groups within the white supremacy view fester a hatred of women. After all, the ADL argues, it’s not a huge leap from “women’s quest for equal rights threatens my stature as a man” to “minorities’ and women’s quests for equal rights threaten my stature as a white man.”

To fully comprehend either white supremacy or misogyny, the organization continues, it’s important to attempt to understand both.

The report includes chapters on the alt-right’s problem with women and its ideology that women are “housekeepers with wombs.” It discusses the views and actions of “Men’s Rights Activist” and “incels,” self-defined involuntary celibates — several of whom have committed mass shootings.

The report ends with policy recommendations, such as building an understanding among law enforcement leaders and organizations about the nature of misogynist hate — agencies must understand how misogynist attitudes are used to bolster extremist ideologies and violent behaviors, the ADL asserts. Other suggestions include enacting policies for gender equality, as well as continuous, required gender-based and anti-bias education.