Stone That Fell From Western Wall Removed For Examination 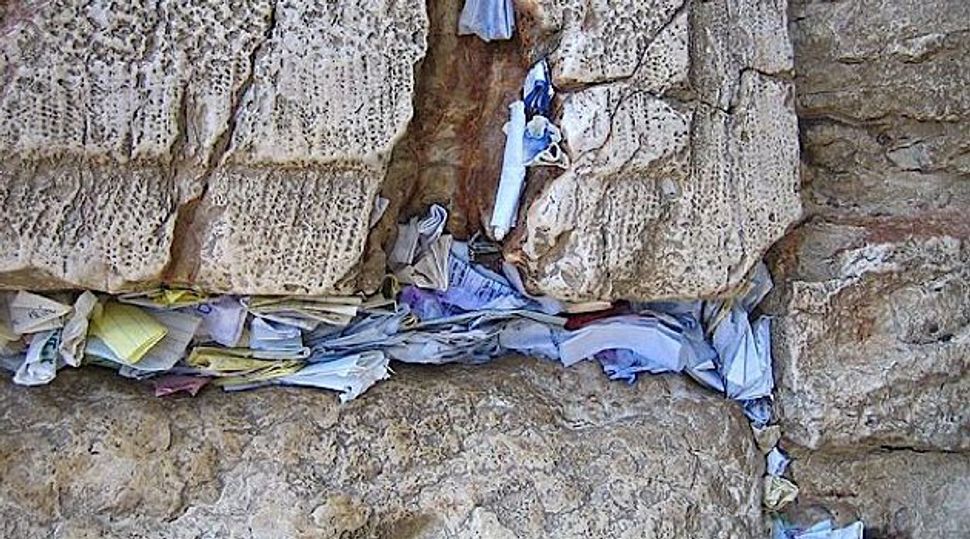 JERUSALEM (JTA) — The large stone that fell from the Western Wall to the egalitarian prayer plaza was removed for examination and preservation.

A crane was used by the Israel Antiquities Authority on Wednesday morning to remove the stone, which weighs about 400 pounds.

It was transferred to the Western Wall Heritage Foundation, which will be responsible for the examination and preservation of the stone and for returning it to its spot if deemed appropriate.

The stone was dislodged from its position and crashed to the egalitarian prayer plaza below on Monday morning, hours after the Fast of Tisha B’av ended. One woman was praying on the raised platform when the stone fell and was not injured. Hours earlier, the area was full of worshippers.

The smaller of the section’s platforms, on which the stone fell, was closed until further notice. Experts from the Israel Antiquities Authority were called to the scene to examine the area.

Archeologists will now work to determine what caused the stone to fall and to make sure that others will not also fall.

Stone That Fell From Western Wall Removed For Examination