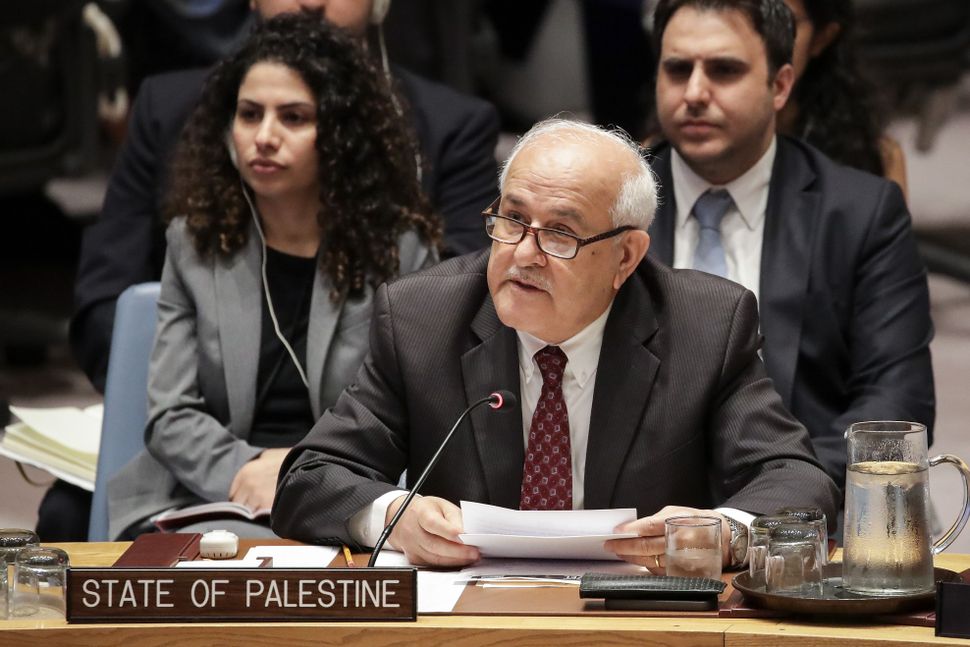 The biggest bloc of developing countries, known as Group of 77, at the United Nations has chosen the observer state of Palestine as its next leader, The New York Times reported.

Palestine would take over leadership of the bloc starting in January. The bloc often speaks as one voice in the General Assembly and represents more than 80 percent of the world’s population.

The choice of Palestine as the leader of the bloc is likely to raise tensions between Israel and the United States. Palestine will be negotiating on the behalf of 135 countries, allowing this to become their political advance in the Israeli-Palestinian conflict.

Israel and the United States maintain that that Palestine is not an independent country, but there is nothing they can do to keep Palestine from taking this leadership position come January. Strongly opposed, Israeli ambassador Danny Danon said the Palestinians will use the position to “spread lies and incitement.”

Mansour says Israel continues to deny “we are a state, but we are.”