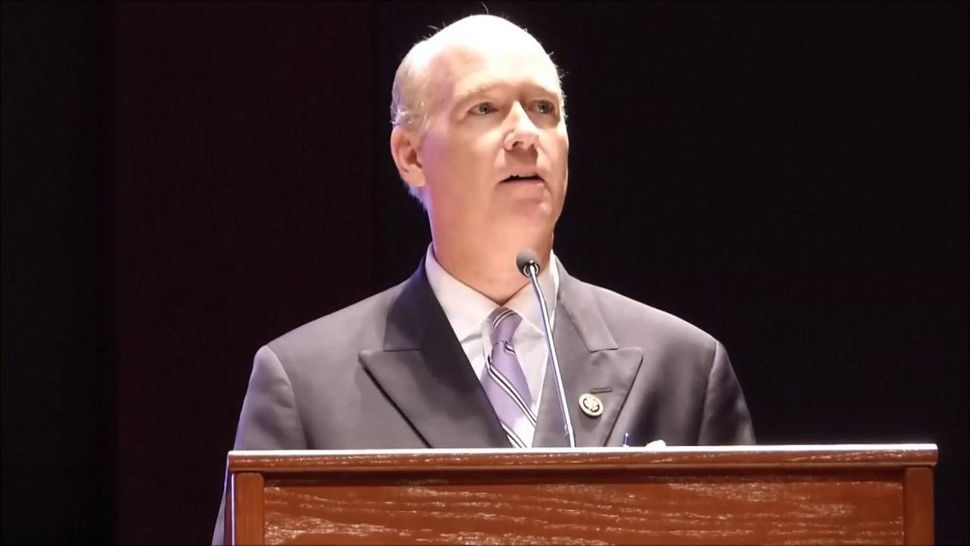 The Christian group that runs the annual National Prayer Breakfast in Washington, D.C. sponsored a trip to Romania for a member of Congress to meet with a local political leader accused of anti-Semitism, the left-wing news outlet TYT Network reported Wednesday.

Republican Rep. Robert Aderholt of Alabama met with Marian Munteanu on two separate occasions during his trip in May 2017 organized by the Fellowship Foundation, TYT reported, citing federal travel disclosure records. Other records show that Aderholt and Munteanu also met in May 2015 on another trip organized by the foundation.

The purpose of the trips was to “build new and maintain old relationships with business leaders and officials from throughout the region,” according to the travel records.

According to a Jewish Telegraphic Agency report citing the Romanian newspaper Evenimentul Zilei, Munteanu signed a letter in 1994 accusing Jewish groups of exaggerating the number of Romanian Jews killed in the Holocaust in order to “obtain illicit moneys from Romanian people through disinformation and manipulation of public opinion, with the complicity of treacherous elements who infiltrated the Romanian institutional structures.”

In 2016, Munteanu criticized a law against anti-Semitic speech and Holocaust denial, claiming there is hardly any anti-Semitism in Romania. “We are all philo-Semites because we are all Christians,” Munteanu explained.

Munteanu attended last year’s National Prayer Breakfast, according to a Romanian report citing Munteanu’s Facebook page. The report does not identify who invited him.

Munteanu said in a Facebook post last year that the founder of the Fellowship Foundation, Doug Coe, was a “close friend.” Munteanu’s personal website also includes a photo of the two together.

The National Prayer Breakfast has come under increased scrutiny in recent days after the FBI accused alleged Russian operative Maria Butina of using the event to create a backchannel between conservative operatives and Russian officials.