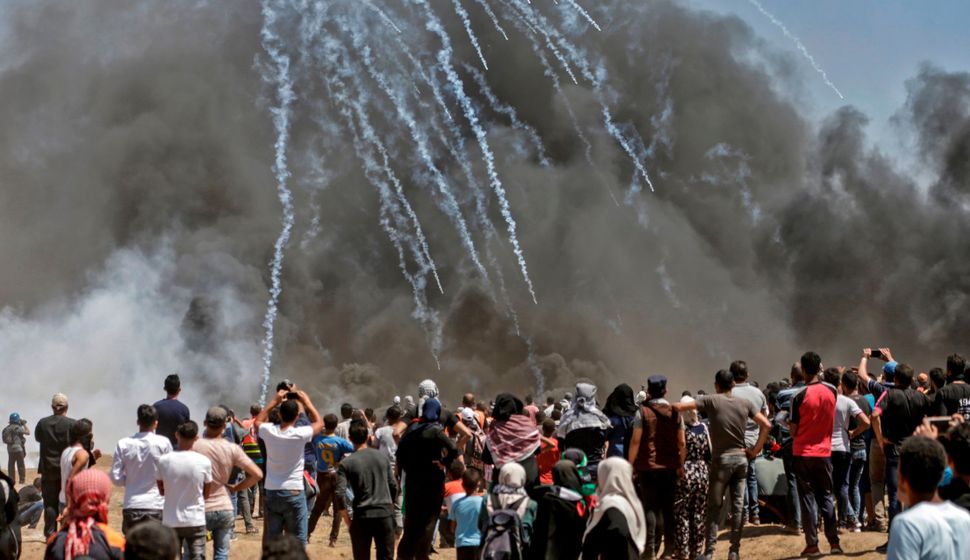 JERUSALEM (JTA) — Three Gazan Palestinians, including a 12-year-old boy, were killed during clashes at the Israel-Gaza border.

Some 7,000 Palestinians gathered in several spots along the border and participated in riots including throwing rocks and burning tires and throwing pipe bombs and other incendiary devices.

The boy, 12, was identified by Palestinian officials as Majdi al-Satari of Rafah. He acted as a “martyr” who is killed by Israeli troops in a film widely shared on Palestinian social media earlier this month, the Times of Israel reported. In the video he is seen attempting to damage the border between Israel and Gaza before being shot by teens dressed as Israeli soldiers. He is then borne to his funeral on a stretcher draped with a Palestinian flag. His funeral on Saturday looked much the same.

Also killed Friday was Moumin al-Hams, 17, and Ghazi Abu Mustafa, 43, who witnesses said was rushing to the border when he was shot.

Also Friday, the Israeli military carried out an airstrike on a squad of Palestinians in northern Gaza as they flew arson balloons carrying incendiary material towards Israel, according to the Israel Defense Forces. No one was injured in the attack.

The United Nations envoy for Middle East peace, Nickolay Mladenov, on Saturday condemned the death of Majdi al-Satari in a tweet. Yesterday’s killing of a 12 year old #Palestinian boy by #Israeli fire in #Gaza is shocking and tragic. Children are #NotATarget! Too many lives have been lost. Its time for this to stop. My hearfelt thought and prayers go out to the bereaved family,” the tweet said.