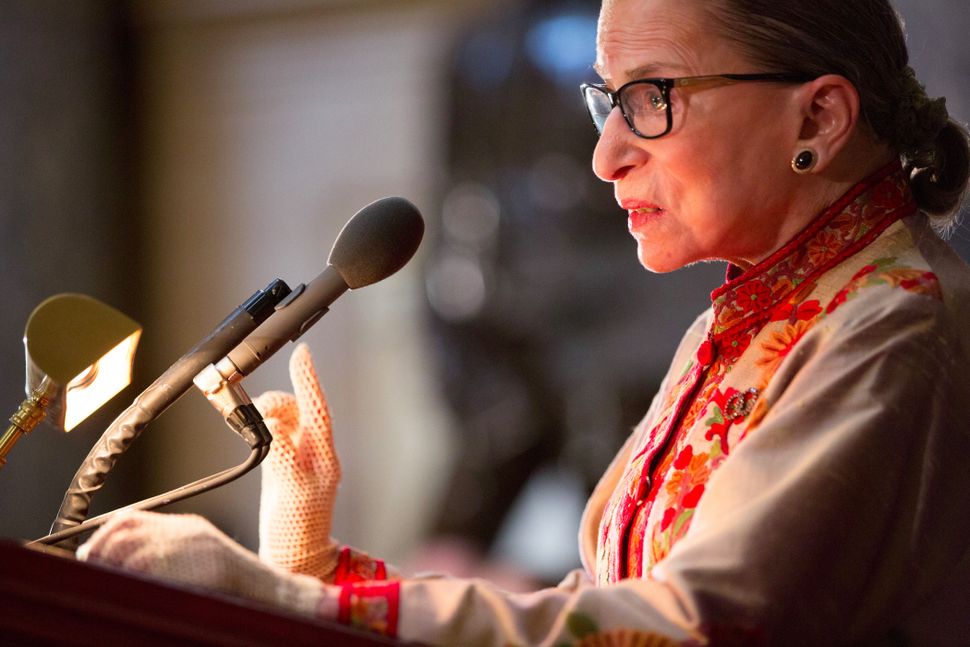 (JTA) — Supreme Court Justice Ruth Bader Ginsburg says she hopes to remain on the court for another five years.

“I’m now 85,” Ginsburg said, according to CNN. “My senior colleague, Justice John Paul Stevens, he stepped down when he was 90, so think I have about at least five more years.”

Ginsburg made the statement on Sunday night New York during a discussion following a production of “The Originalist,” a play about the late Justice Antonin Scalia.

When asked in October an event sponsored by Equal Justice Works in Arlington, Virginia, if she was contemplating retirement, Ginsburg said, “as long as I can do the job full steam, I will do it,” CNN reported.

Ginsburg, who is marking her 25th anniversary on the Supreme Court this year, has hired law clerks for the next two terms, taking her at least through 2020.

“My dear spouse would say that the true symbol of the United States is not the bald eagle — it is the pendulum. And when it goes very far in one direction you can count on its swinging back,” she said.

Ginsburg has survived both colon and pancreatic cancer while serving on the court.