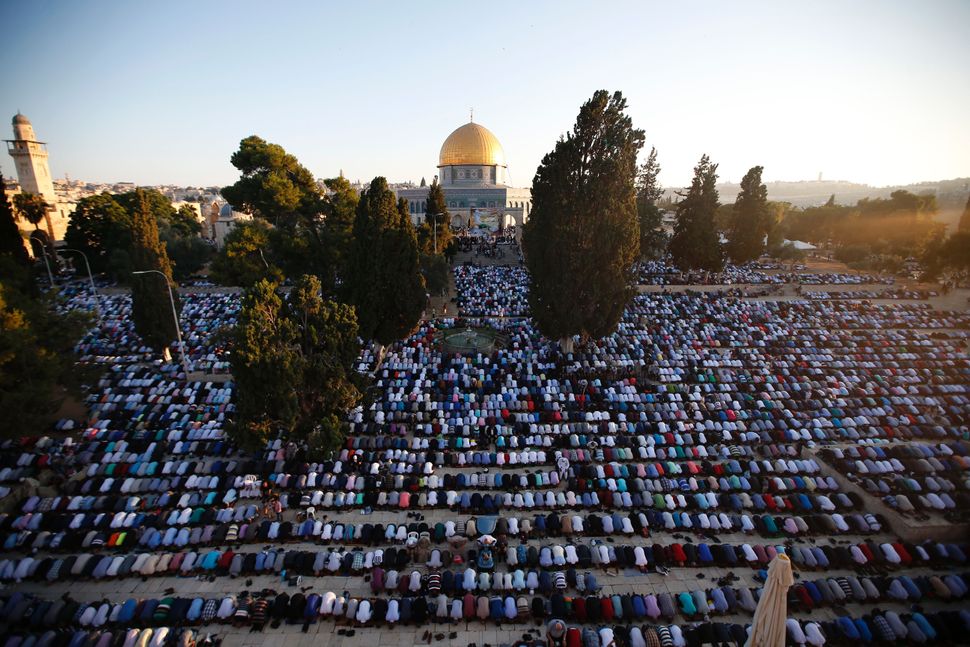 JERUSALEM (JTA) — Israel denied entry to 90 Turkish citizens when they arrived at Ben-Gurion Airport, saying that their group visa was not valid.

The Population and Immigration Ministry told Israeli media that the visa was forged. The visa in the passport of the group leader did not bear an official Israeli stamp, Hadashot news reported on Monday.

Turkish officials told Hadashot that the Israeli authorities told them that the group’s entry had been refused “for security reasons.”

The group that arrived in Israel on Sunday was made up of members of an Islamic sect who wanted to visit Muslim holy sites, particularly in Jerusalem. The trip was arranged by the Turkey-based Sila Tour company.

The Foreign Ministry said in a statement: “According to the Immigration Authority an Israeli (travel) agent forged the group visa. He was notified in advance that he would need to place a deposit for the group, or it wouldn’t be allowed in. To bypass the Turkish airline’s ban on passengers without permits, he falsified the group visa.”

Since Sunday night, Turkish media has been highlighting the incident, calling it “the great humiliation of Turkish tourists in Israel,” Hadashot reported.

Mustafa Bickioglu, a representative of the Turkey-based Sila Tour company, told the Turkish news agency Andalou that the tour company had received a group visa for the tourists. “We had received a visa letter in Hebrew for our passengers for travel on our Jerusalem tour but our 90 passengers were not allowed to enter Israel for allegedly not having visas,” he said.

One of the tourists told Andalou that the Israeli officials treated them like criminals, including separating them for questioning.