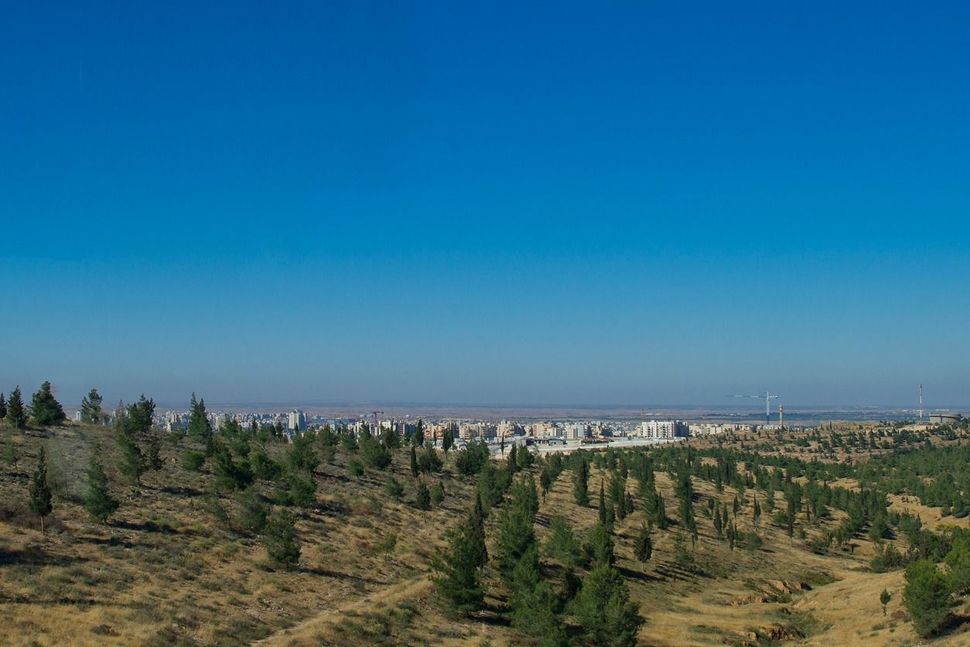 JERUSALEM (JTA) — An arson balloon believed to have been launched from Gaza landed in the major southern Israeli city of Beersheba.

The cluster of balloons, carrying an incendiary device, landed on a street in the city’s east on Monday. The road was closed to cars and pedestrians as police sappers arrived to defuse the device.

It would be the farthest distance that an arson balloon has traveled since they came into regular use by Palestinians in Gaza in recent months. Beersheba is located in the Negev desert about 25 miles from the Gaza border.

At least six fires erupted in Gaza border communities on Monday caused by arson balloons. Thousands of acres of woodlands and agricultural fields have been destroyed by fires caused by kites and balloons carrying incendiary material flown over the border from Gaza.