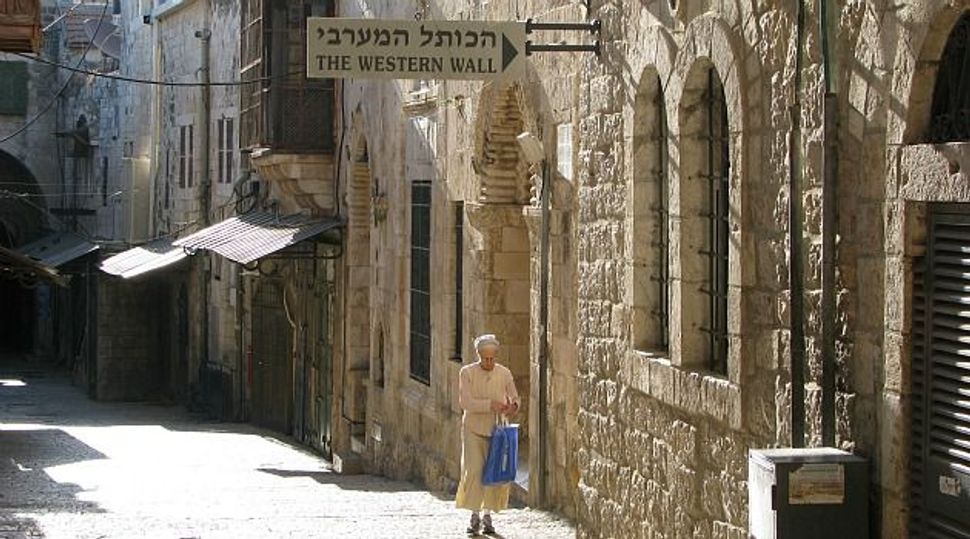 AMSTERDAM (JTA) — The online travel reservation service Booking.com amended its definition of the city of Jerusalem as an “Israeli settlement” following a critical query from a Belgian Jewish newspaper.

The Amsterdam-based company acted on Tuesday, a day after Michael Freilich, editor in chief of the Joods Actueel newspaper in Antwerp, asked the firm about its characterization of the capital city, he said.

“I thought it was a hoax until I checked it out and saw it with my own eyes,” Freilich said of his verification of a tip by one of his readers.

Booking.com has not responded to Joods Actueel’s query, Freilich said, but fixed the subject of his query within a few hours of his sending the email. Jerusalem is now shown as being in Israel on Booking.com.

Most of the world’s countries do not recognize Jerusalem as Israel’s capital, even with the U.S. recognition in December. However, Israeli sovereignty in the western part of the city is internationally recognized. Israel’s control over the eastern part, which the Jewish state annexed in the 1980s, is disputed and seen as illegal by many countries and international organizations, including the European Union and the United Nations.

Founded in the Netherlands in 1996, Booking.com now offers more than 28 million reported listings in more than 138,000 destinations in 229 countries and territories worldwide. More than 1.5 million room nights are reserved daily on the platform, according to the firm.