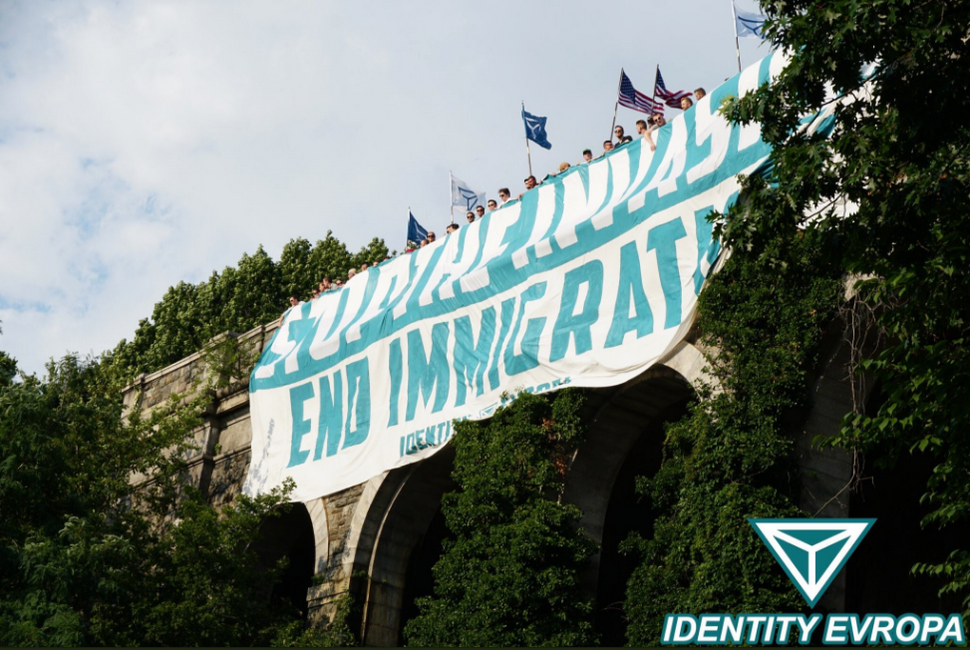 Photos from Fort Tyron park in Inwood show the group, Identity Evropa, standing over the banner on the arched Billings Arcade, as well as waving American flags and flags stitched with its logo, a symbol from Germanic folklore.

White Supremacist group Identity Evropa came Uptown to Fort Tryon Park yesterday after staging a provocation down town at the Mexican consulate. “We will not stand by while we are replaced in the land of our forefathers-this country is ours.” pic.twitter.com/s2gDGctCLq

Here are some more pics supplied by the group themselves. We are simply at a loss for words…. pic.twitter.com/1SPlT29W13

Identity Evropa “is at the forefront of the racist ‘alt-right’s’ effort to recruit white, college-aged men and transform them into the fashionable new face of white nationalism,” according to SPLC. “Rather than denigrating people of color, the campus-based organization focuses on raising white racial consciousness, building community based on shared racial identity and intellectualizing white supremacist ideology.”

Congressman Adriano Espaillat and other elected officials are holding a vigil Tuesday night at Billings Field in Fort Tryon park to protest the incident.