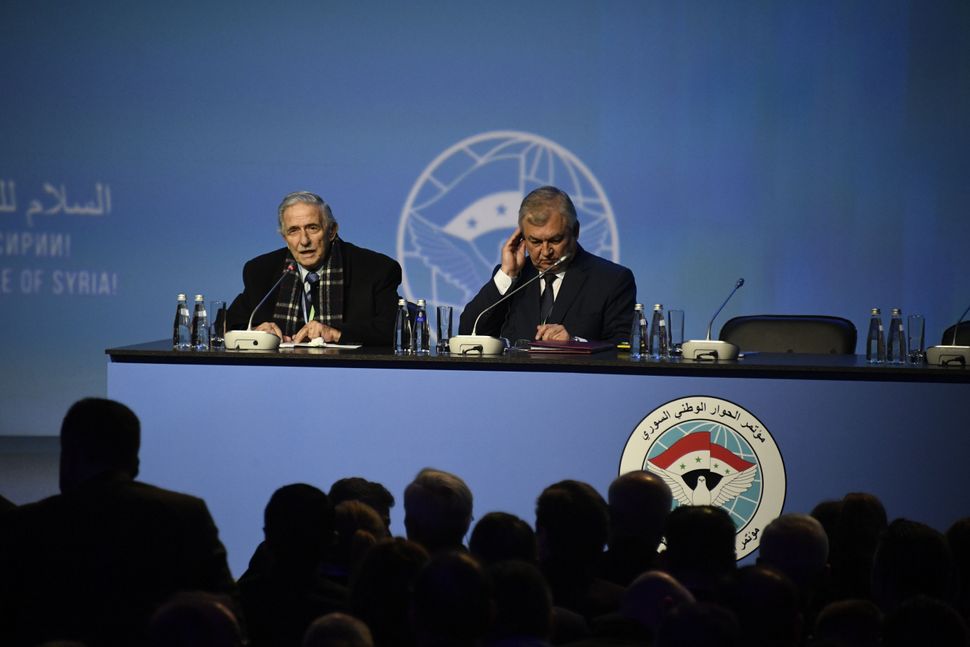 JERUSALEM (JTA) — Iranian forces and their weapons have withdrawn to no closer than 53 miles from Israel’s border with Syria on the Golan Heights, a Russian official said.

Russian Presidential Special Envoy for Syria Alexander Lavrentyev told Sputnik news agency that Russia working for Syrian reconciliation in an open manner and in coordination with the Syrian government, respecting the interests of the neighboring countries, including Israel.

Last week during a meeting in Jerusalem with Russian Foreign Minister Sergey Lavrov, Israeli Prime Minister Benjamin Netanyahu rejected a Russian offer to keep Iranian troops a large distance from the border with Israel and instead insisted that Iran leave the country completely, a senior Israeli official told reporters.

Israel is concerned that Iran will stockpile “hundreds and thousands of missiles” in Syria.

“Iran wants to turn Syria into a second Lebanon. And we’re determined to prevent that,” the official said in a briefing to reporters last week.

Lavrentyev told Sputnik that Russia believes that Israeli concerns over the presence of pro-Iranian forces near its border with Syria are decreasing. “Yes, of course, we are certain of this,” Lavrentyev said.

Earlier this week, the Syrian government regained control of the Golan Heights area near the border with Israel from Islamic State-backed fighters for the first time in seven years.