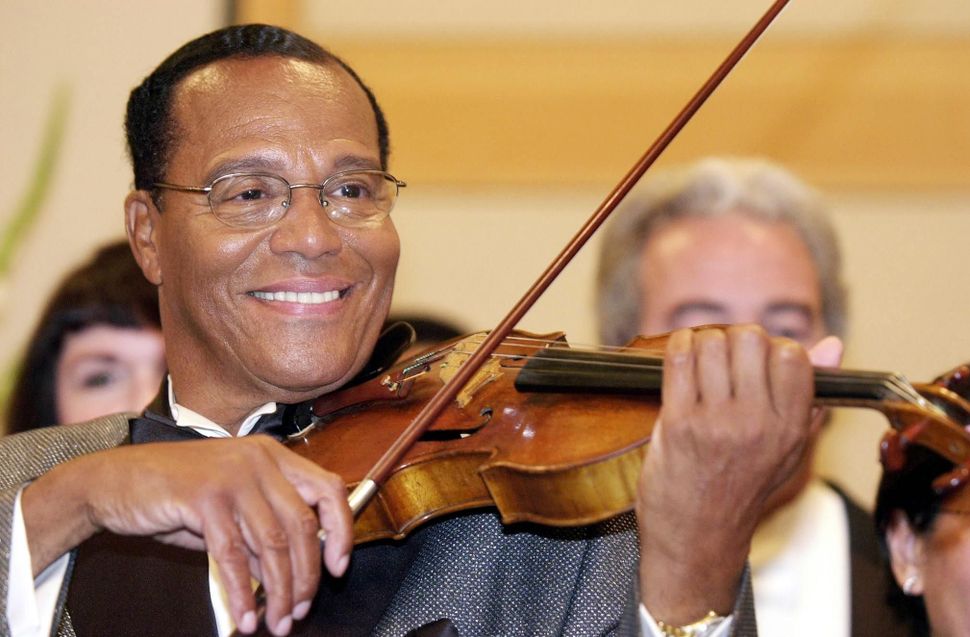 Netflix will not be releasing a documentary by and about infamous anti-Semitic preacher and Nation of Islam leader Louis Farrakhan.

“This film will not be released on Netflix,” a Netflix spokesperson told The Forward. “Due to an internal miscommunication, it appeared to be scheduled for release on Netflix, but it is not. We apologize for any confusion this has caused.”

The Hollywood Reporter reports that the film was apparently produced by Farrakhan’s son in 2013. The Final Call, the newspaper of the Nation of Islam, gave the film a glowing review back in 2014 at a “Saviours’ Day viewing”.

“With this Saviours’ Day viewing, Minister Farrakhan remained the gift that keeps on giving,” the review said.

The film’s streaming would have coincided with the recent release of Farrakhan’s $250 seven-CD album series, called “Let’s Change the World.”

The Nation of Islam could not be reached for comment. Farrakhan’s tweets promoting the documentary appear to have been deleted. His most recent tweet promotes one of his sermons.