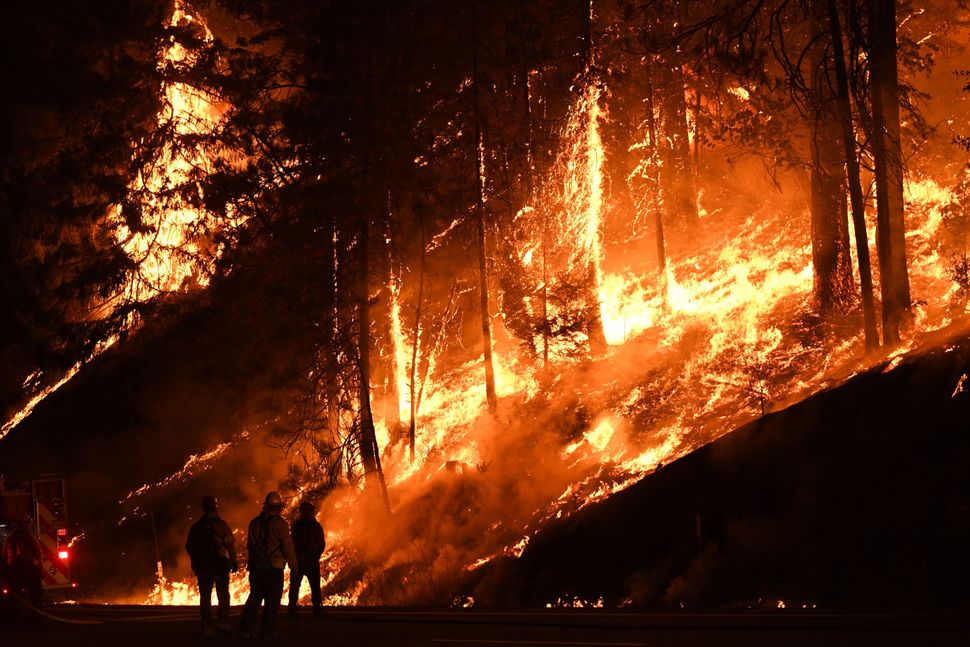 A synagogue sits in the path of the deadliest fire to rage through California so far this year. Its Torah, however, remains safe.

The Carr Fire has burned more than 116,000 acres near the Northern California city of Redding since July 26, the New York Times reported, destroying roughly 1,000 homes — including those of four Temple Beth Israel families.

Temple Beth Israel, in Redding, is in the evacuation zone. Even before an evacuation order was issued, Geri Copitch, who does digital outreach for TBI, reached out to members who live nearby in an effort to remove the Torah scroll.

One member brought it to her home before evacuating with her family just a few hours later, Copitch wrote in an email. It came with them and is still in their safe-keeping.

TBI is the only synagogue for 70 miles. According to a Facebook post, a number of the 35,000 and 39,000 forced to evacuate their homes belong to the synagogue. A synagogue in Ventura sent up supplies, and a number of other synagogues throughout California have reached out asking how they can help, Copitch said.

“We are a very small community operating on a very small budget and ill-equipped to help members out financially,” she said. “But, we are a strong, tightly knit community. We will do all we can.”

Currently, six people have been killed in the fire, including two firefighters, according to the Times. Just 35 percent contained, it is already the seventh most destructive fire in California’s history.