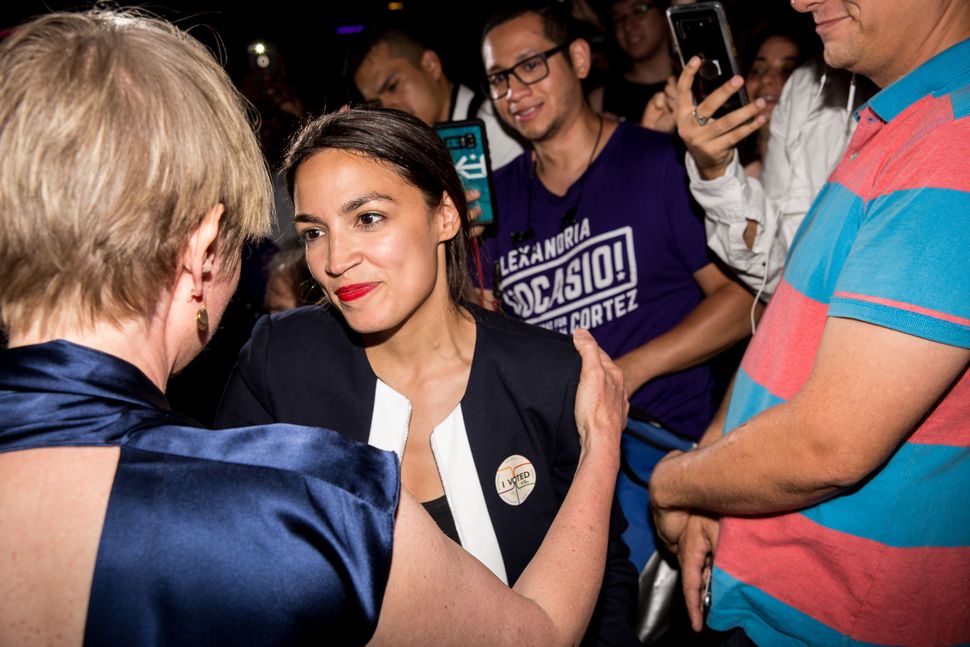 Democratic congressional candidate Alexandria Ocasio-Cortez will speak at the Museum of Jewish Heritage on Sunday — causing some to criticize the museum for hosting a candidate who has criticized Israel, the New York Jewish Week [reported] (https://jewishweek.timesofisrael.com/ocasio-cortez-invite-to-shoah-museum-backfires/).

Cortez with be featured by the Immigrant Arts Coalition, which is holding a conference on immigration and women’s empowerment at the museum — which is also hosting the National Yiddish Theater Folksbiene’s production of “Fiddler on the Roof.”

The Folksbiene is listed as a co-sponsor of the conference, but were not informed in advance that Ocasio-Cortez had been invited to speak. Theater chairman Jeffrey Wiesenfeld described Ocasio-Cortez’s remarks about violence on the Gaza border as “blood libel.”

“Absent a public reassessment by Ms. Ocasio-Cortez of her unfair and extremist position [on Israel], she dishonors both the Immigrant Summit and the museum by her scheduled appearance,” Wiesenfeld told the Jewish Week.

Referring to the deaths of Palestinians in May, Ocasio-Cortez tweeted: “This is a massacre. I hope my peers have the moral courage to call it such. No state or entity is absolved of mass shootings of protestors. There is no justification. Palestinian people deserve basic human dignity, as anyone else. Democrats can’t be silent about this anymore.” Hamas, which is recognized by the United States and Israel as a terrorist group later acknowledged that 50 of the 60 people killed by Israeli soldiers were members of their organization.

The invitation has stirred a debated within the Jewish community over the best way to respond to Ocasio-Cortez – some said that she should not be given a platform until she learned more about the Israeli-Palestinian conflict, while others stressed the importance of engagement with the future congresswoman.

“We will meet with her before then and I am hopeful [that we will] influence her on Israel. We need to educate her on the Jewish community of New York. Others who were also new to politics have gone through the same briefing,” confided one prominent Jewish leader.