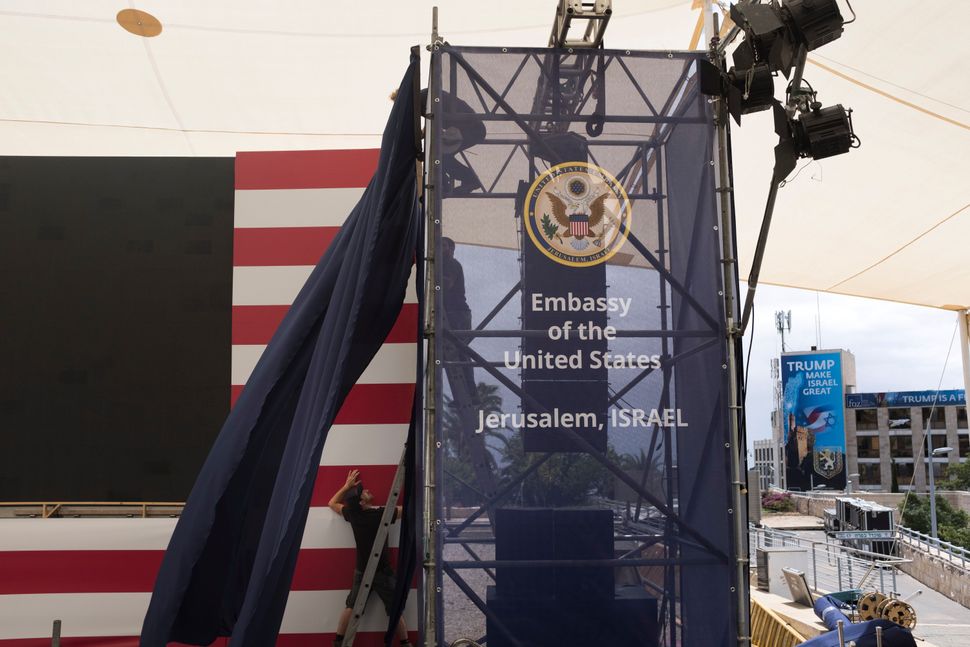 (JTA) — The Jerusalem municipality approved building permits to enlarge the size of the U.S. embassy, which relocated to the Israeli capital on May 14.

The plans, reported by Hadashot TV news on Thursday, include an expansion of office space, creation of new entrances, and additional areas for providing services to the public, Times of Israel reported based on the television item.

In total, the council approved an expansion of 7,500 square feet — 3,700 square feet below ground and the rest enlarging the existing second floor.

The expansion will allow more staff and services to be transferred from the former Tel Aviv embassy to the compound in the capital, the report said.

An official from the Jerusalem municipality said that it was only the first stage in the planned expansion at the embassy site.

“The permits that I signed yesterday for the U.S. embassy in Jerusalem are another stage in establishing and setting the role of the embassy in Israel’s capital,” he said.

In order to quickly open the embassy in time for Israel’s 70th anniversary, the existing consulate was repurposed, pending planning and construction of a new embassy, ​​a long-term project, according to the U.S. State Department.

“We’re going to have it built very quickly and inexpensively,” Trump told reporters in March following his decision months earlier to recognize Jerusalem as Israel’s capital and relocate the US embassy there.

The Trump administration has not announced when it plans to begin construction on a permanent embassy.