Manischewitz Welcomed Paul Ryan To The Tribe — Then Deleted The Tweet 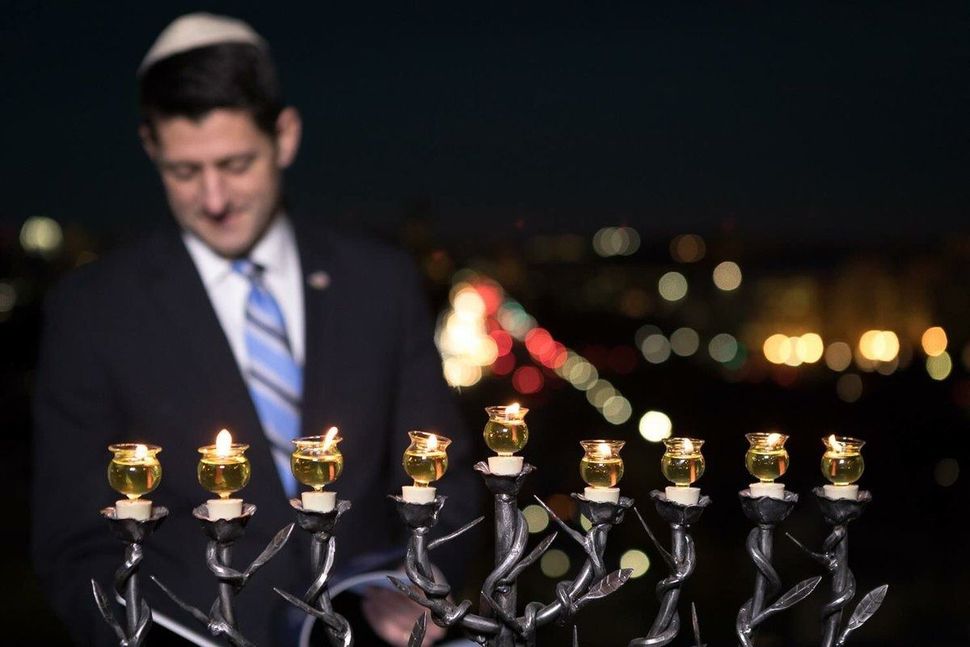 To show its excitement over House Speaker Paul Ryan’s newfound Jewish connection, the Manischewitz company prepared him a Welcome Basket of kosher goodies.

In a tweet, Manischewitz, one of the leading brands of kosher products based in the United States, welcomed Ryan to Judaism. The company included a photo of a wicker basket — piped with blue ribbon and adorned with a sparkly silver bow — cradling some of its “favorite traditional nosh.” It also threw in a list of its Top 10 tips to help “jump-start” his education on Jewish culture and values.

It has since been deleted.

Ryan, a practicing Catholic, learned he’s 3% Ashkenazi Jewish, during the filming of an upcoming season of PBS’s “Finding Your Roots With Henry Louis Gates Jr,” The Washington Post reported Wednesday.

Gates, the show’s host and a professor at Harvard University, said his research took him all the way back to Ryan’s 10th great-grandfather, who was born in Germany in 1531. He told reporters that Ryan was surprised, but proud of his previously unknown heritage.

“I have something really exciting to tell you,” Ryan said. “I just learned that I’m part Jewish. I’m officially a member of the family!”

Manischewitz Welcomed Paul Ryan To The Tribe — Then Deleted The Tweet