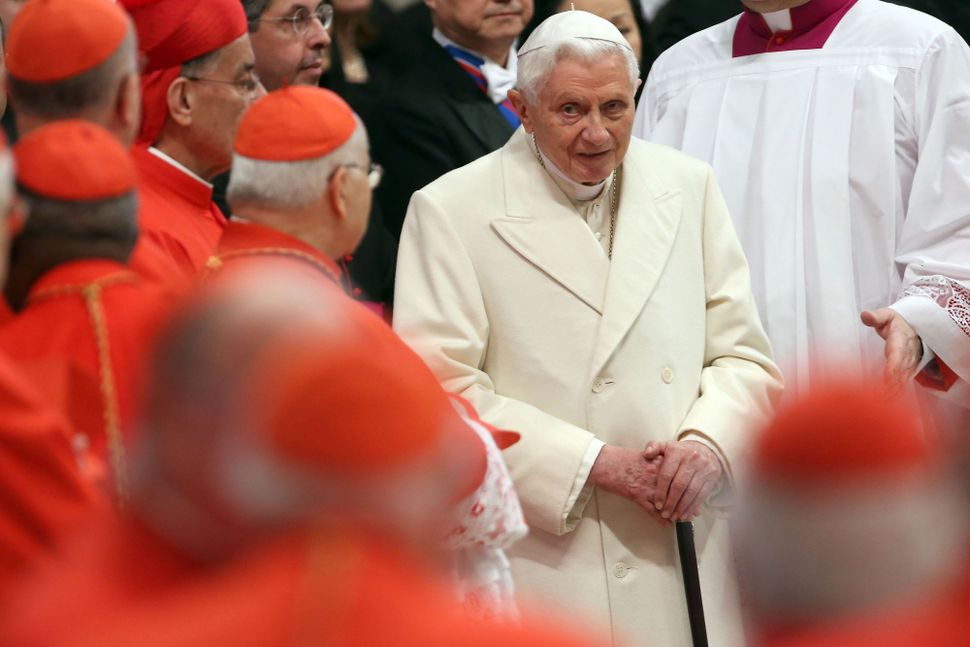 Pope Emeritus Benedict XVI, head of the Roman Catholic Church from 2005 to 2013, is being accused of harboring anti-Semitism views after publishing a controversial essay in a German-language theological journal, Religion News Service reported.

In an essayy for Communio, on Jewish-Catholic relations, Benedict denied the Catholic Church ever adopted “supersessionism,” the theological belief that God’s covenant through Christ replaced the covenant God made with the Jewish people. He also insists that the Christian reason behind reading the Hebrew Bible (Old Testament) is the only valid one.

Both Jewish and Catholic leaders say that this essay confirms Benedict holds anti-Semitic views, despite his visits to synagogues and cordial relations with Jews during his papacy, according to the News Service. Articles both criticizing and defending the essay have appeared in German, Austrian and Swiss media in recent weeks.

Benedict vowed at his 2013 resignation that he would remain “hidden from the world,” staying out of church debates. He wrote his essay as a private text last fall and passed it on to Cardinal Kurt Koch, president of the Pontifical Commission for Religious Relations with the Jews, who read it and convinced him to publish it, the News Service reported.