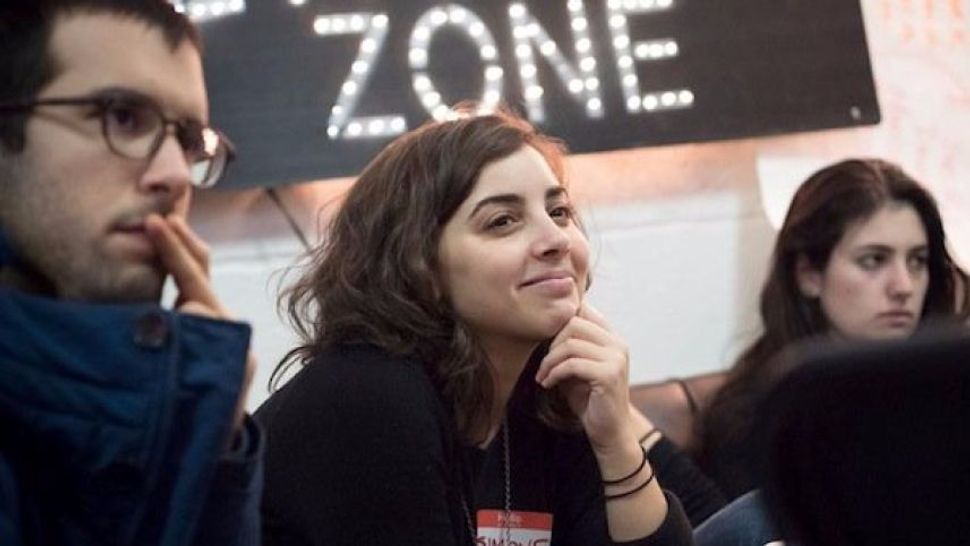 Simone Zimmerman, an American Jewish activist, was held by the Shin Bet security service at the border between Israel and Egypt for at least three hours on Sunday evening, Israel’s Immigration Authority confirmed.

Zimmerman is a founding member of IfNotNow, a movement to end the American Jewish community’s support for the Israeli occupation.

While still detained at the Taba border crossing, Zimmerman wrote on Twitter that she and fellow activist Abby Kirschbaum were being questioned only about their political views and activities related to Palestinians. According to Zimmerman, among the first things she was asked were: “Why did you come here to work with Palestinians? Why not with Jews?”

Kirschbaum was asked about which protests against Israeli policy she had attended in the Palestinian territories and with which organizations, Zimmerman said. She was also asked if she wished to travel to Gaza and whether she had been at violent demonstrations – and what she thought of Netanyahu.

In 2017, Zimmerman, who resides in Israel and has a work visa, published a video criticizing an Israeli law barring entry to foreigners who support boycotting Israel or its West Bank settlements.

Zimmerman briefly served as the Jewish outreach coordinator for Bernie Sanders’ 2016 primary campaign before being fired over an old Facebook post surfaced in which she referred to Netanyahu as a murderer.

Responding to Sunday’s incident, lawmaker Mossi Raz said “the persecution of human rights activists at the country’s borders is another testament to the abyss into which we are descending.”

The Shin Bet did not immediately respond to a request for comment.

Zimmerman’s questioning came less than a week after an Israeli citizen who lived in the U.S. for several months was detained by Shin Bet agents at Ben-Gurion International Airport in Tel Aviv for a “cautionary conversation” because of his involvement in left-wing organizations.