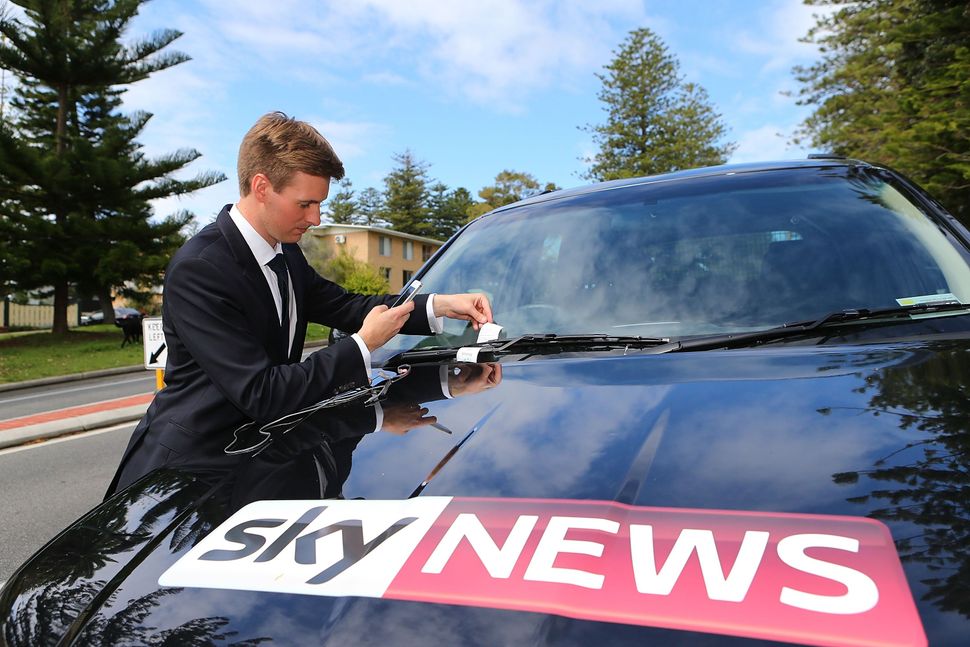 SYDNEY (JTA) — The Executive Council of Australian Jewry has criticized Sky News Australia’s news director for the station’s green-lighting an interview with a far-right racist who once advocated for the display of images of Hitler in schools.

Cottrell was convicted last year of inciting contempt against Muslims after staging a mock beheading to protest against the building of a mosque.

Many members of the Australian media criticized the station, including members of its own news team, resulting in a tweet being posted by news director Greg Byrnes that said Cottrell ‘s appearance was “wrong.” He announced the interview was removed from repeat time slots and online platforms.

Co-CEO of the Executive Council of Australian Jewry, Peter Wertheim, told JTA: “Blair Cottrell’s idea of national pride must be fragile indeed if it can only be sustained off the back of fear, hatred and prejudice against other people of different backgrounds. Cottrell has said that there should be a portrait of Hitler on display in every classroom and that Hitler’s rantings in Mein Kampf should be presented to every student.”

He also said that “Aussie Diggers who fought and died to stop Hitler’s tyranny would be turning over in their graves at Cottrell’s groveling admiration of their enemy, and at the mainstreaming of Cottrell’s prejudices by his appearance on Sky.”