Man Flies Nazi Flag Because His Neighbor Hacked His WiFi 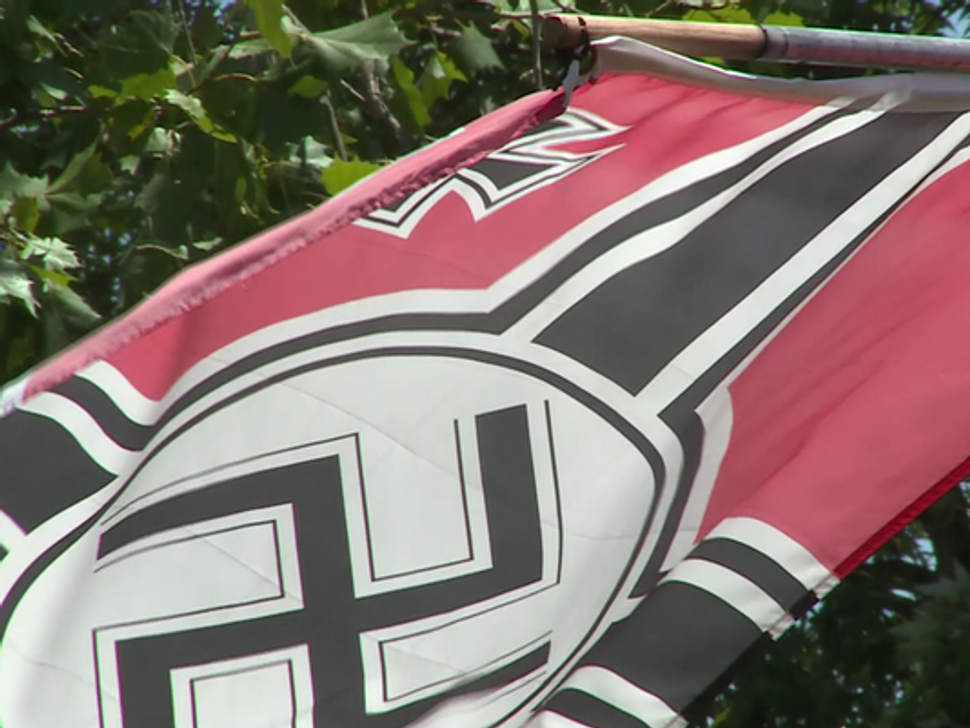 A man in Preble, New York will not remove the Nazi flag flying in front of his home, saying that it is in response to a neighbor hacking his WiFi, Spectrum News reports.

Jody Fish told Spectrum News that “no one is doing anything” about the neighbor’s alleged hacking, so he raised the flag in an attempt to get the town’s attention.

An online petition urging the town to take action against the flag has almost 900 signatures. The author of the petition wrote that the flag “is guarded by what seems to be some sort of spike connected to [it].” The petition was created over a month ago.

Town supervisor Jim Doring told Spectrum News that the town cannot do anything about the flag, as it is on private property; however, the town does not agree with the decision to raise the flag.

But that explanation didn’t fly with the petition-writer, Shonei Schmoke.

“I don’t accept that there is nothing local representatives can do,” Schmoke told the Forward. “Nazis don’t deserve rights and there’s a massive difference between freedom of speech and hate speech.”

Fish said that, despite his refusal to remove the flag, he is not a Nazi supporter. Instead, he told Spectrum News, he’s a “victim.”

“No, no. Basically, I’m just trying to call attention to — I’m a victim. I would love to take it down, it’s been a nightmare. No. Definitely not, I’m quite the other way. I’m quite Christian,” Fish said.

Man Flies Nazi Flag Because His Neighbor Hacked His WiFi