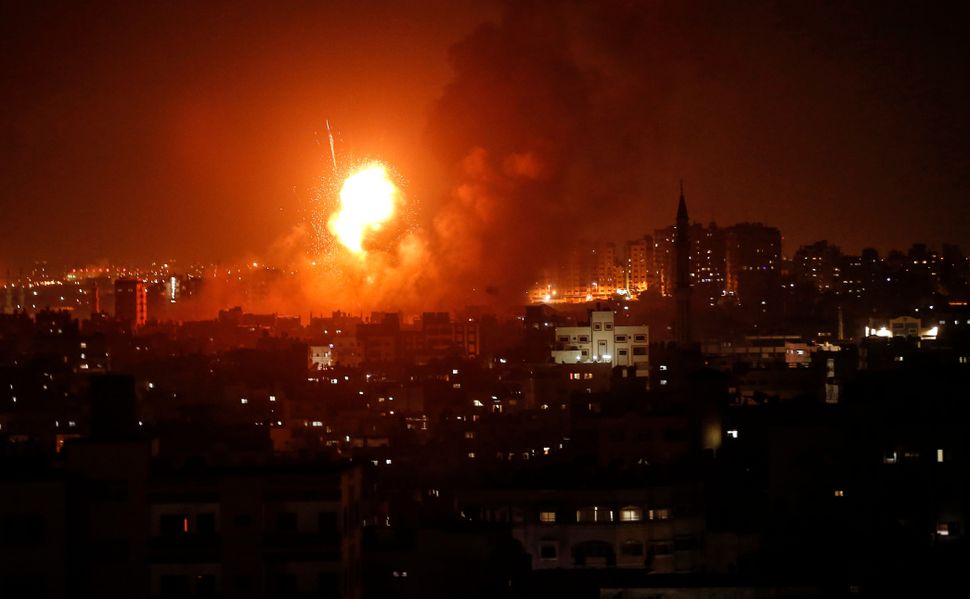 At least 9 Israelis were wounded when Gaza militants fired scores of rockets into Israel and the Israeli military responded with air strikes on Wednesday despite talk from both sides of progress towards a possible truce to avert a fourth war in a decade.

A senior member of Hamas, the Palestinian Islamist group that controls Gaza, said talks mediated by the United Nations and Egypt on a deal to tamp down tensions were in “advanced stages.” The remarks were echoed by a top Israeli lawmaker, suggesting a possible breakthrough after four months of confrontations and clashes that stirred mutual threats of war.

One Hamas militant was killed in the air strikes, as was a Palestinian woman and her 18 month old child, Palestinian officials said. At least five other civilians in Gaza were also injured.

“I am deeply alarmed by the recent escalation of violence between Gaza and Israel, and particularly by today’s multiple rockets fired towards communities in southern Israel,” said U.N. Middle East envoy Nickolay Mladenov.